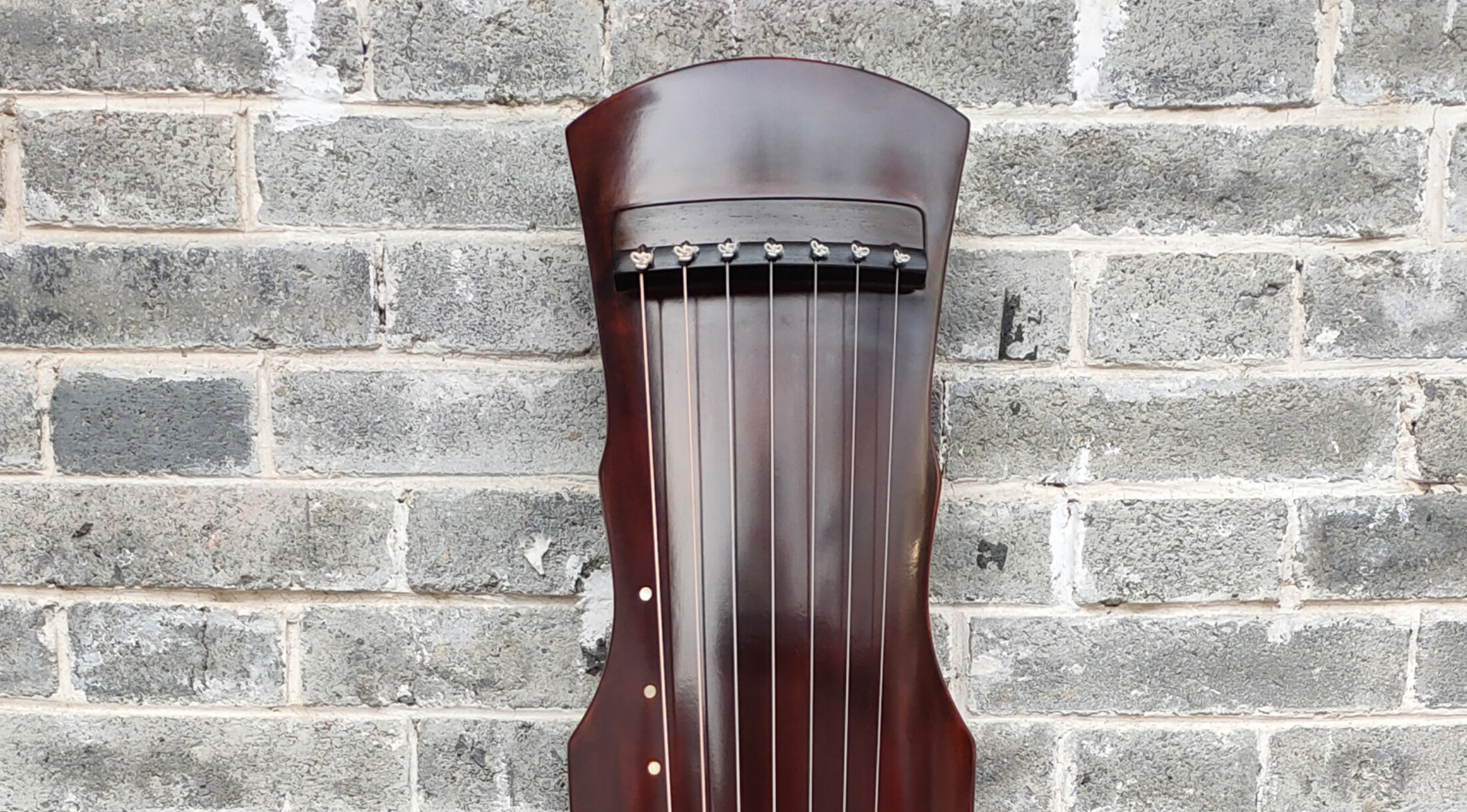 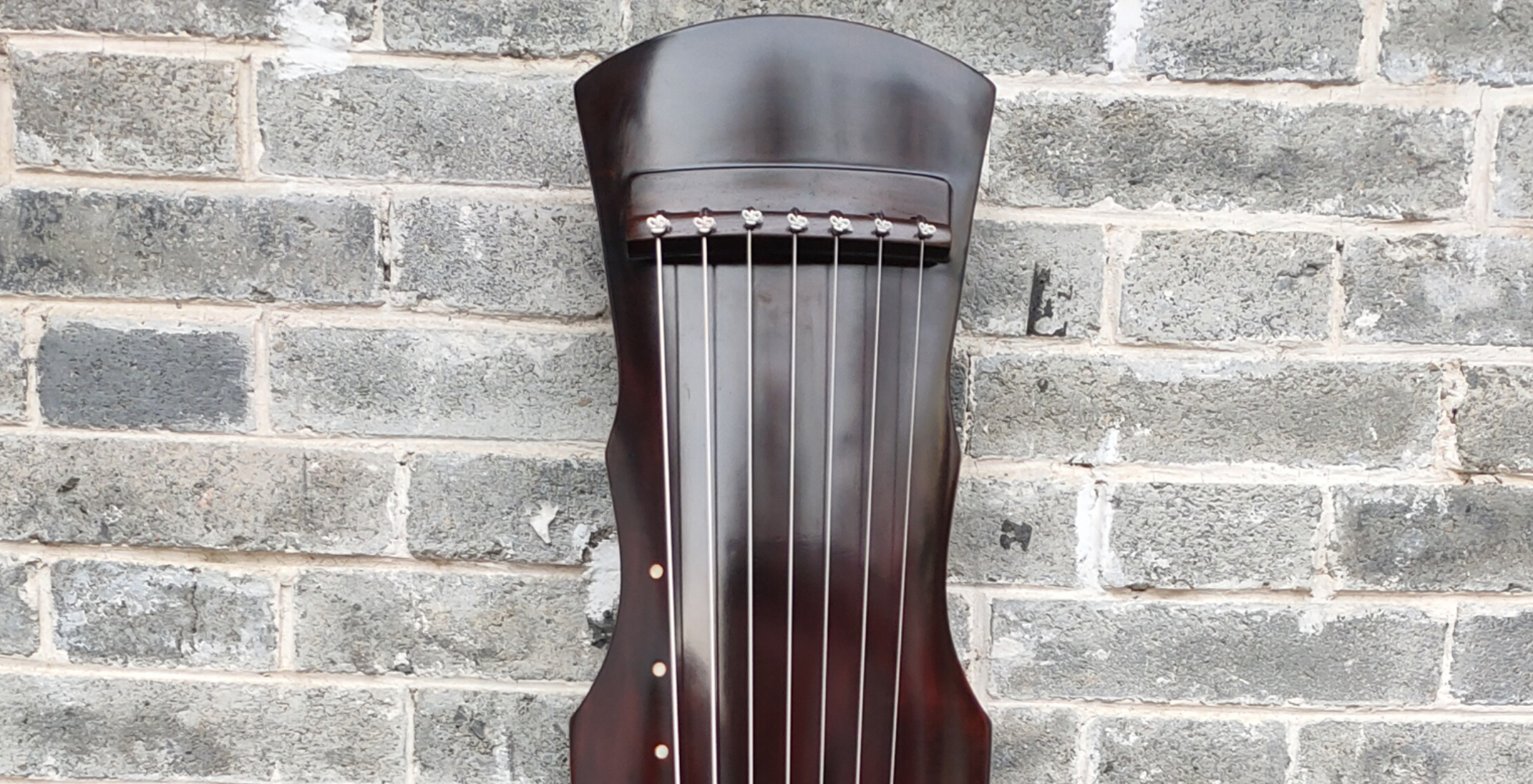 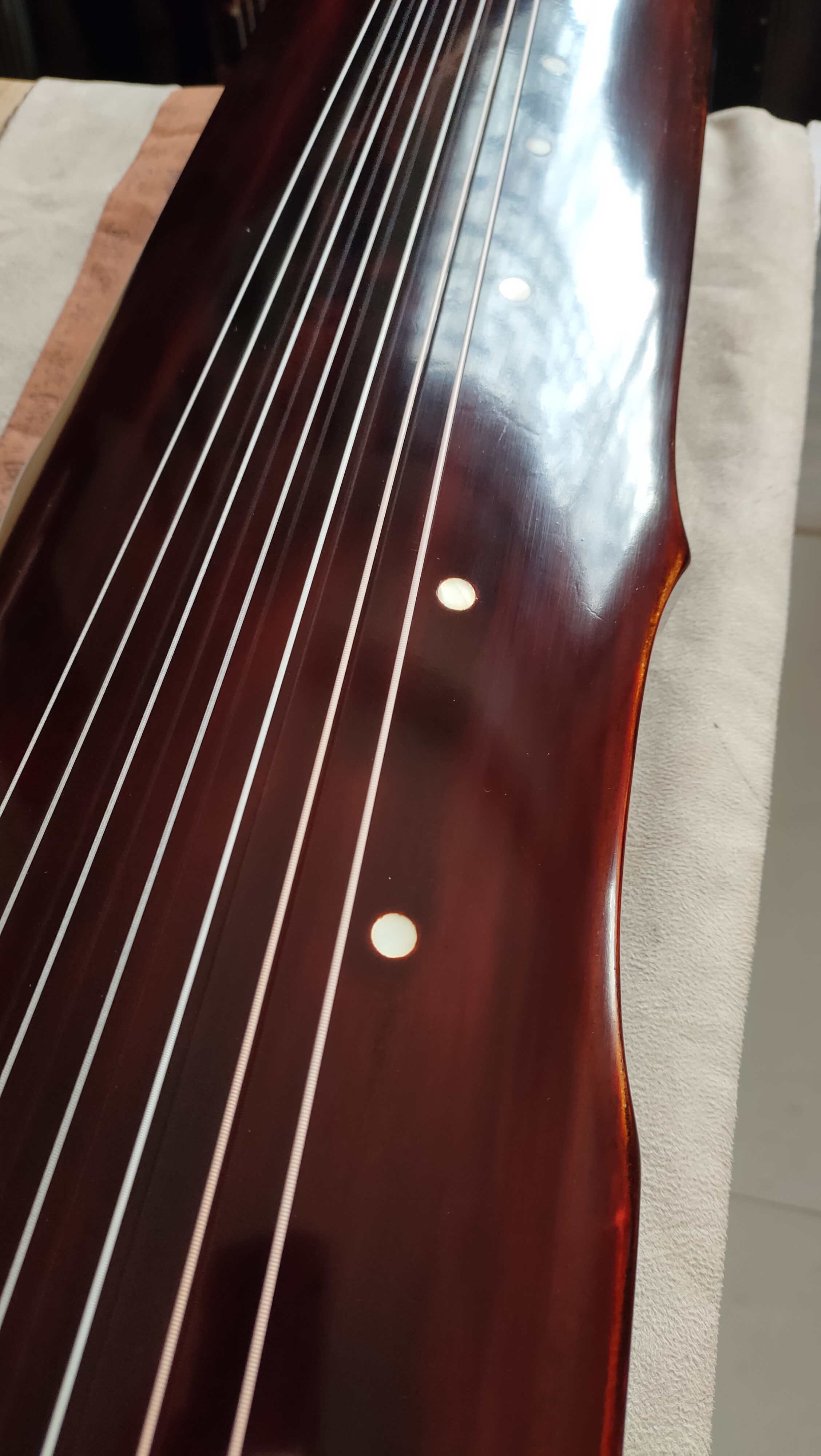 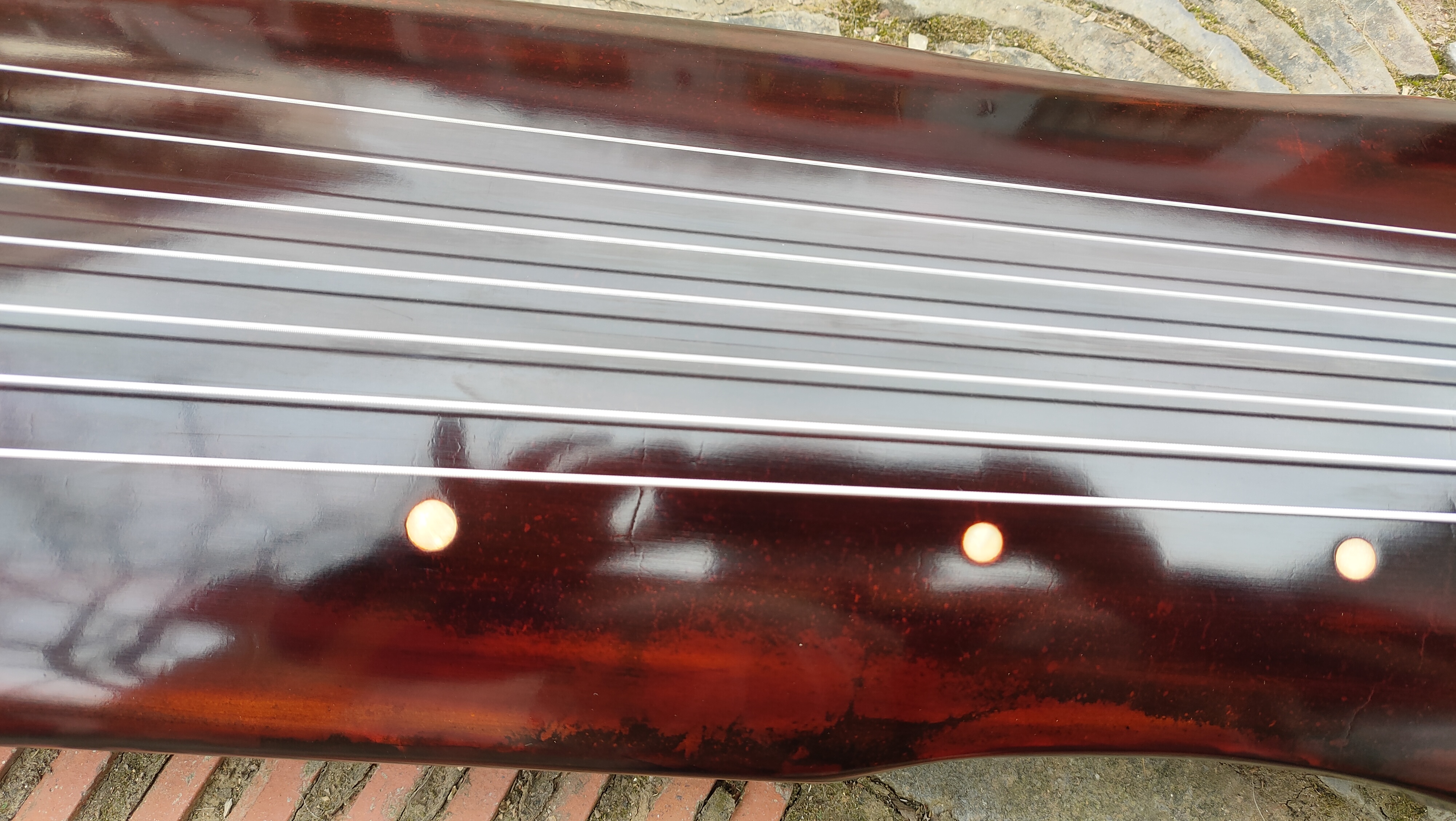 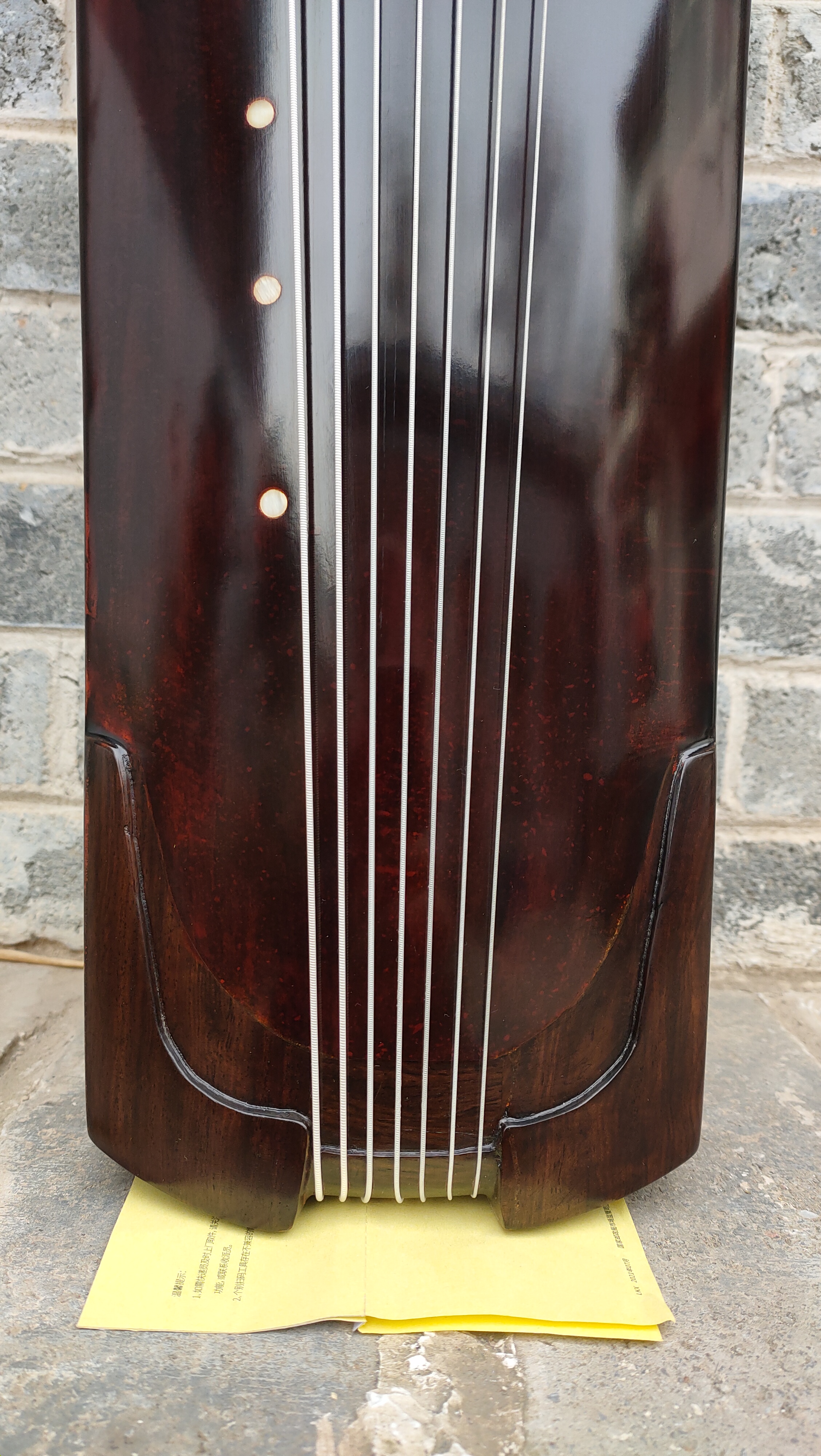 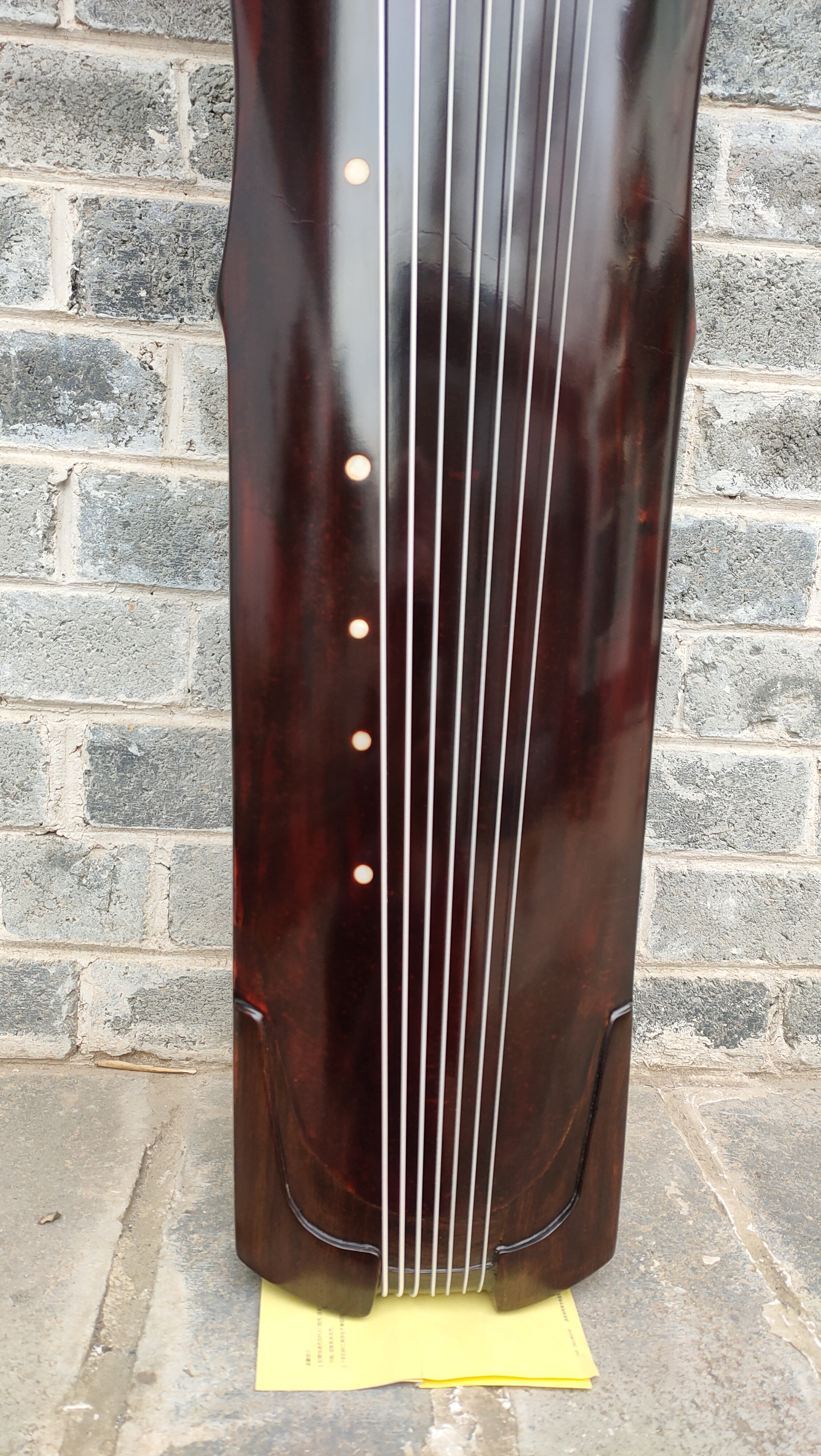 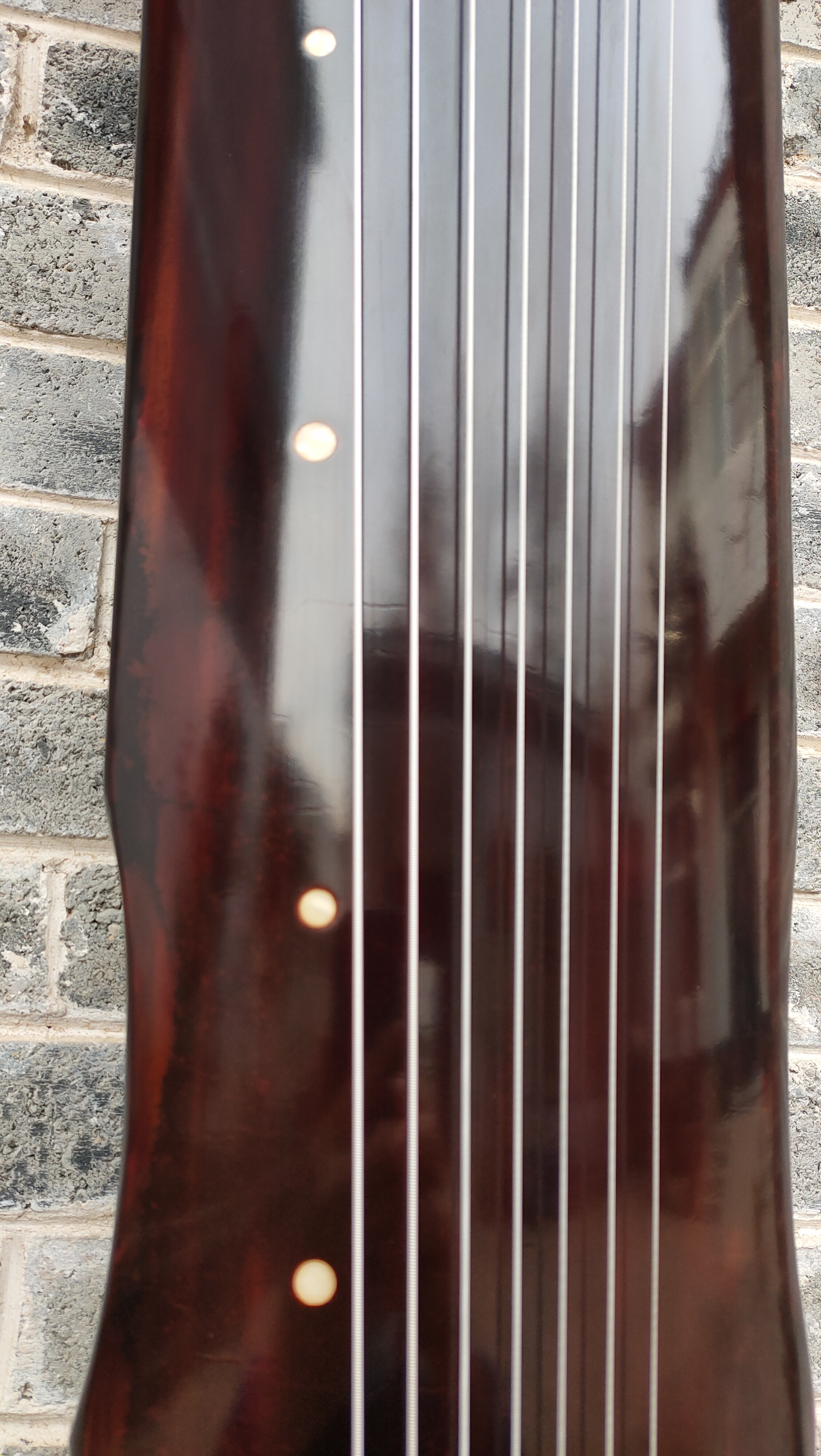 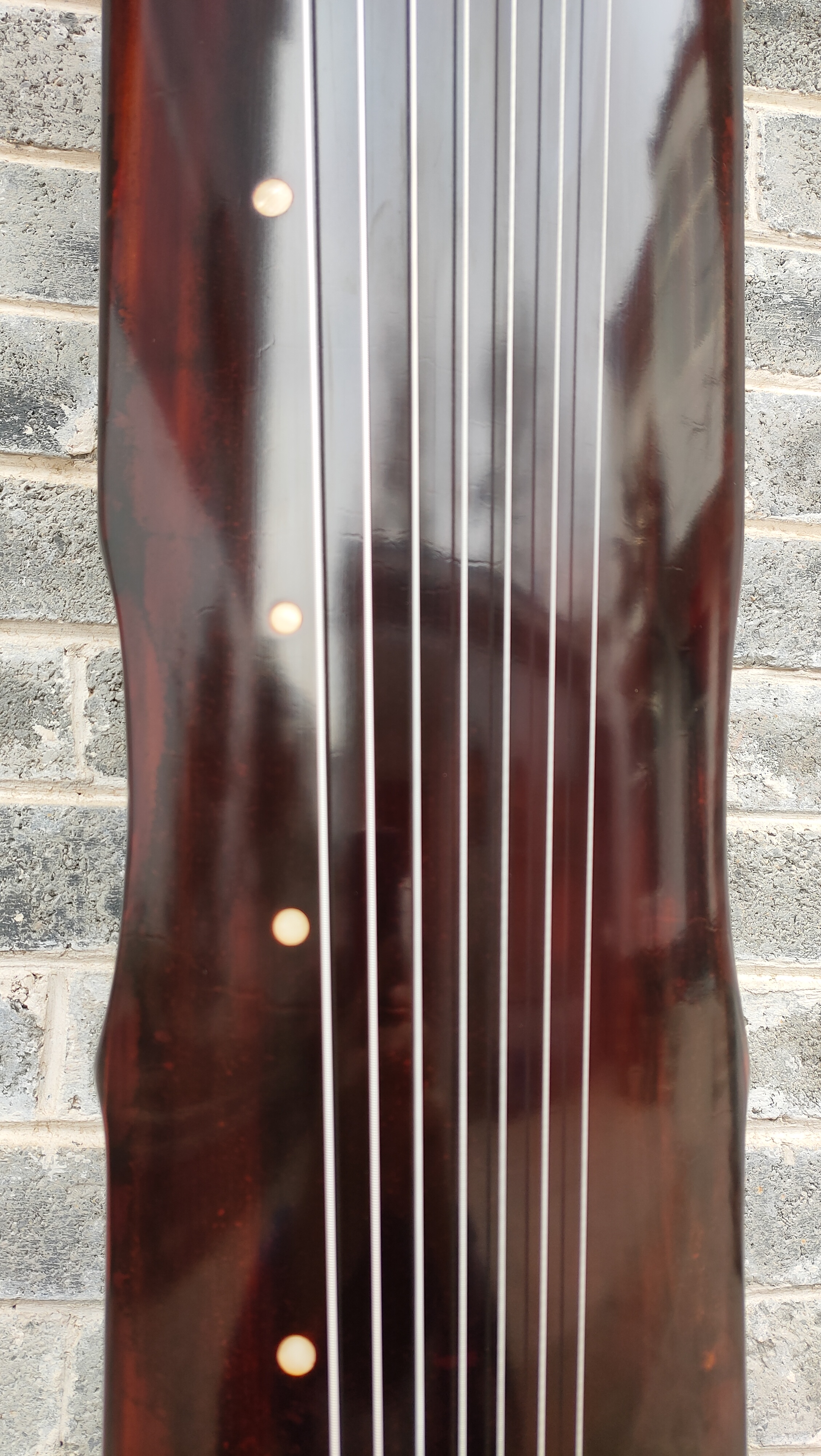 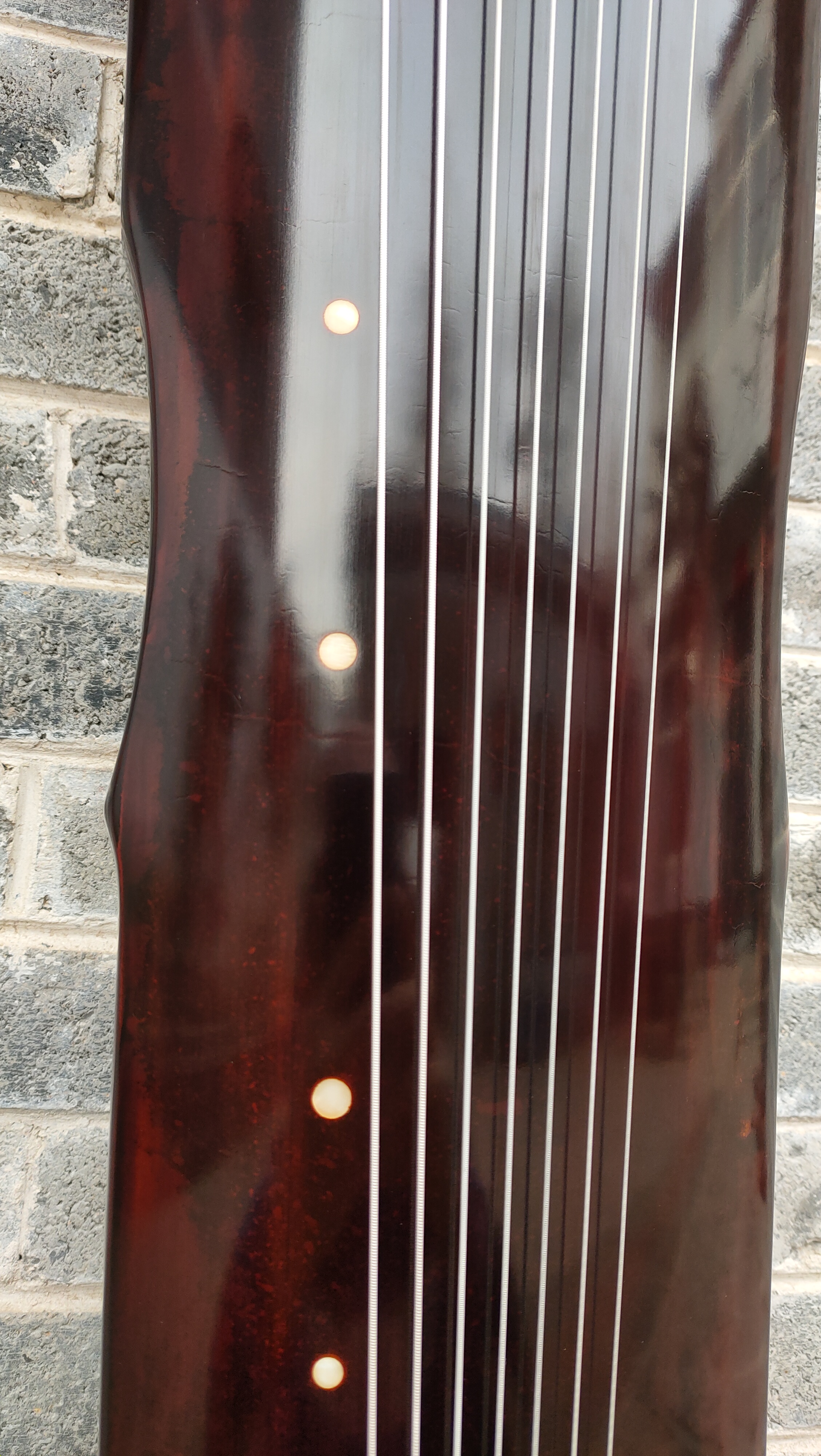 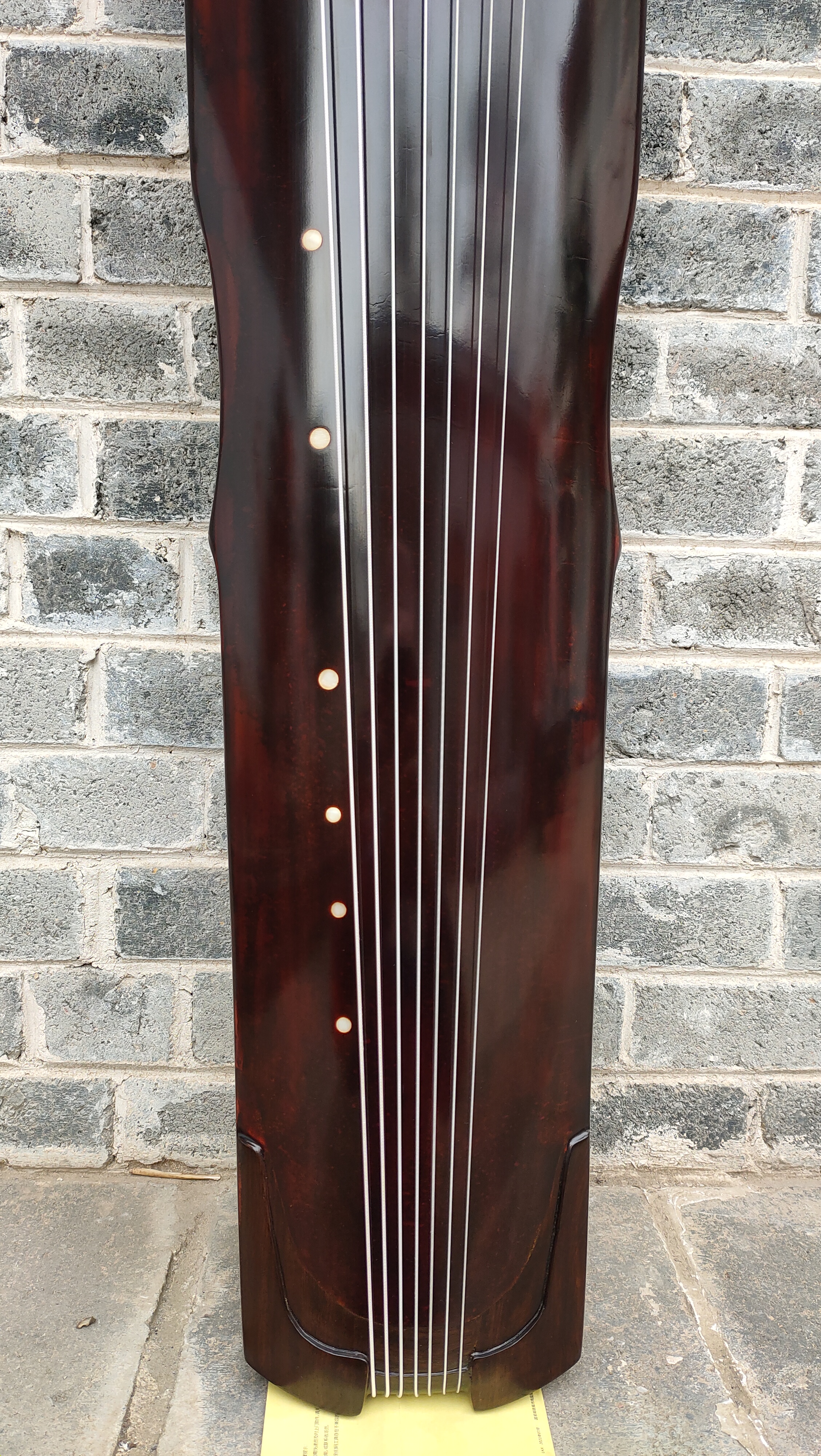 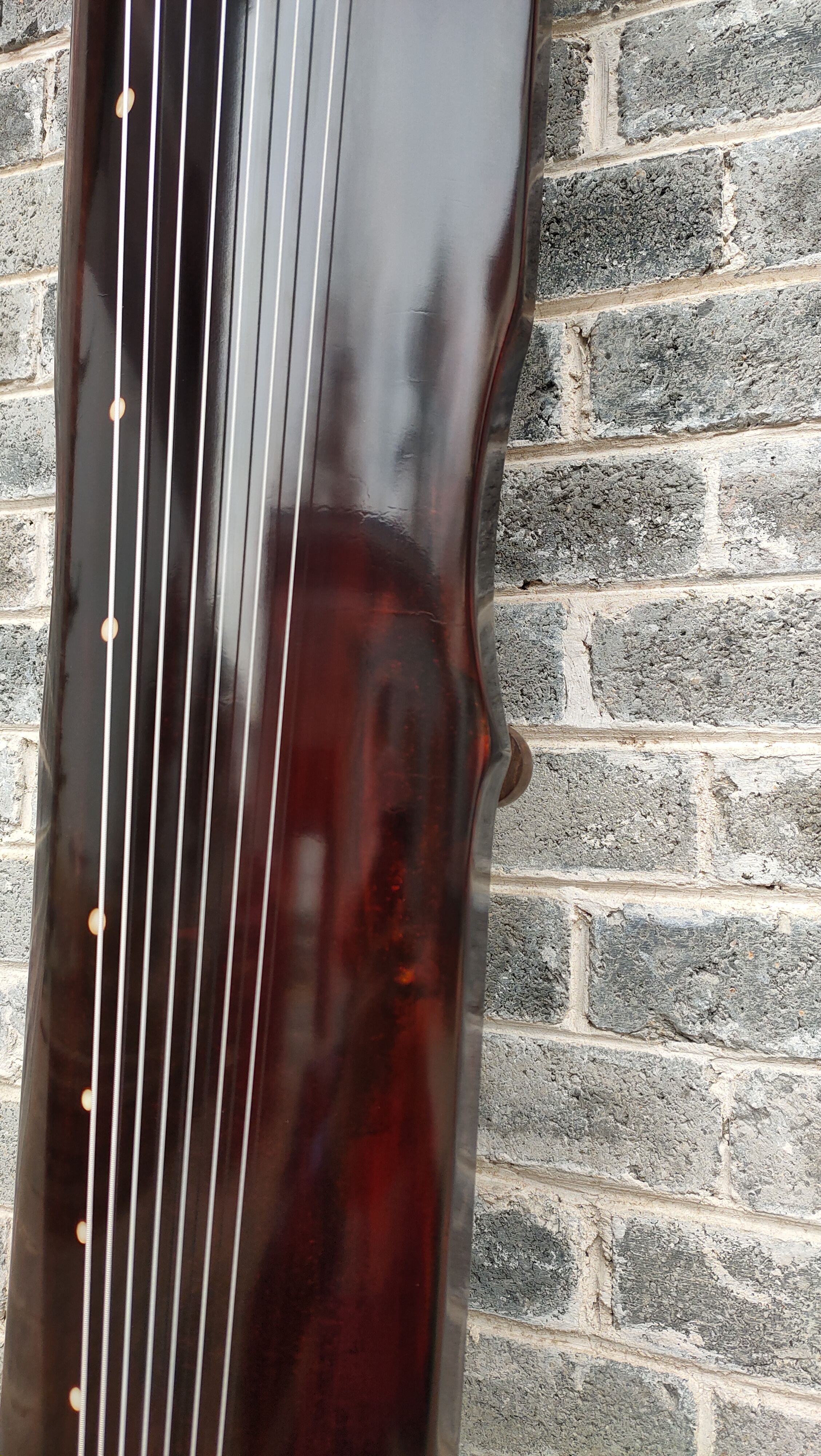 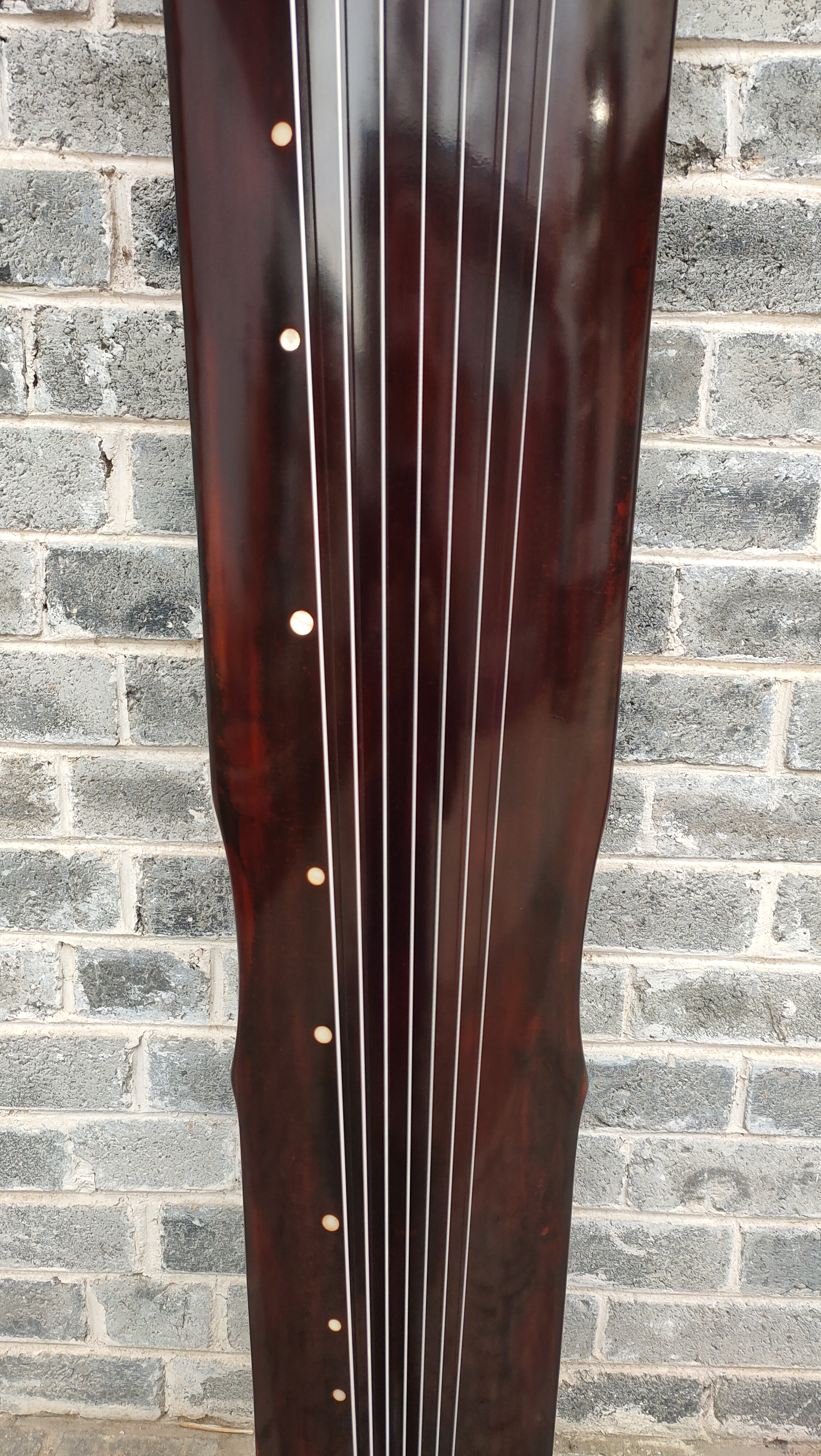 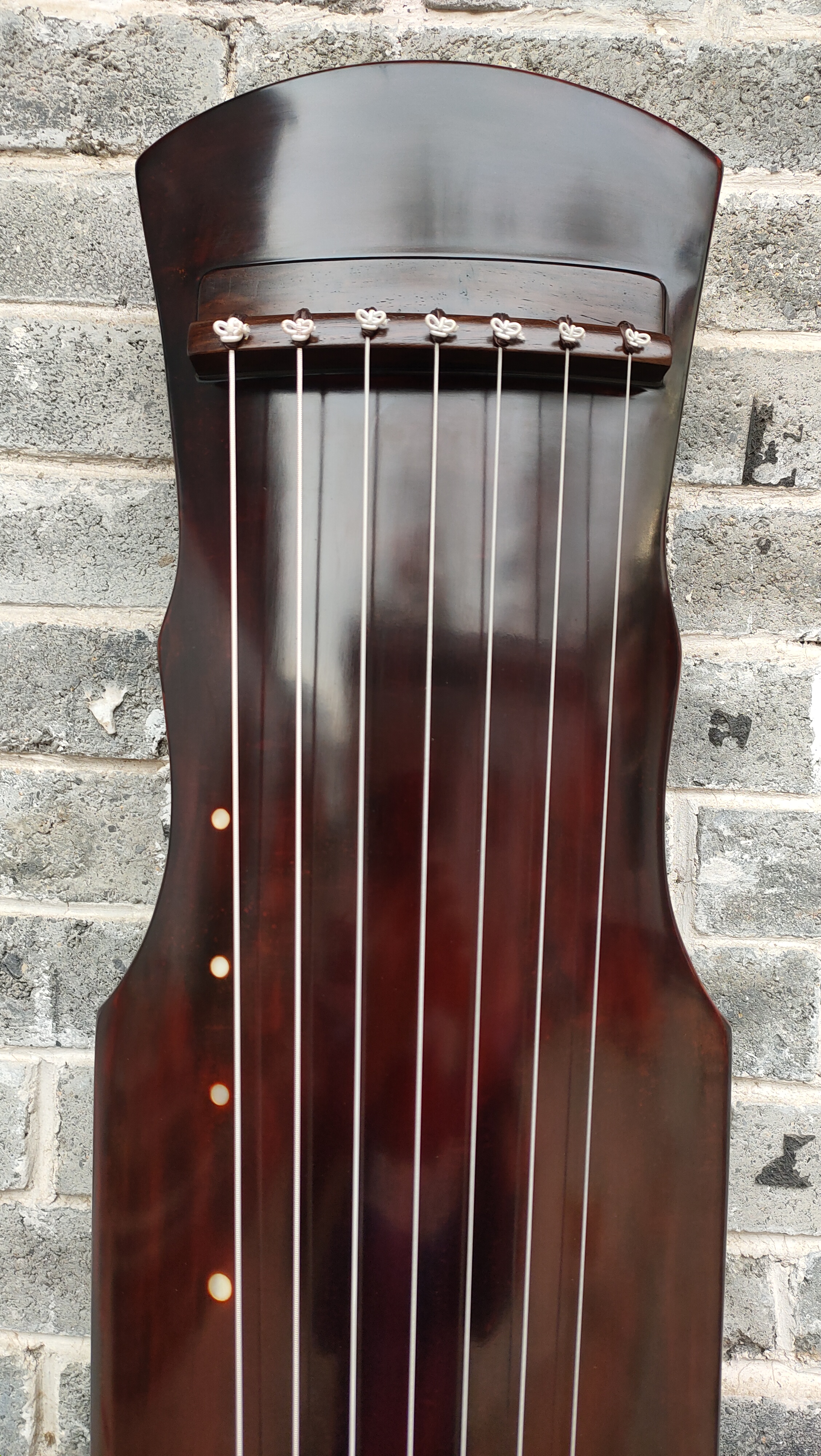 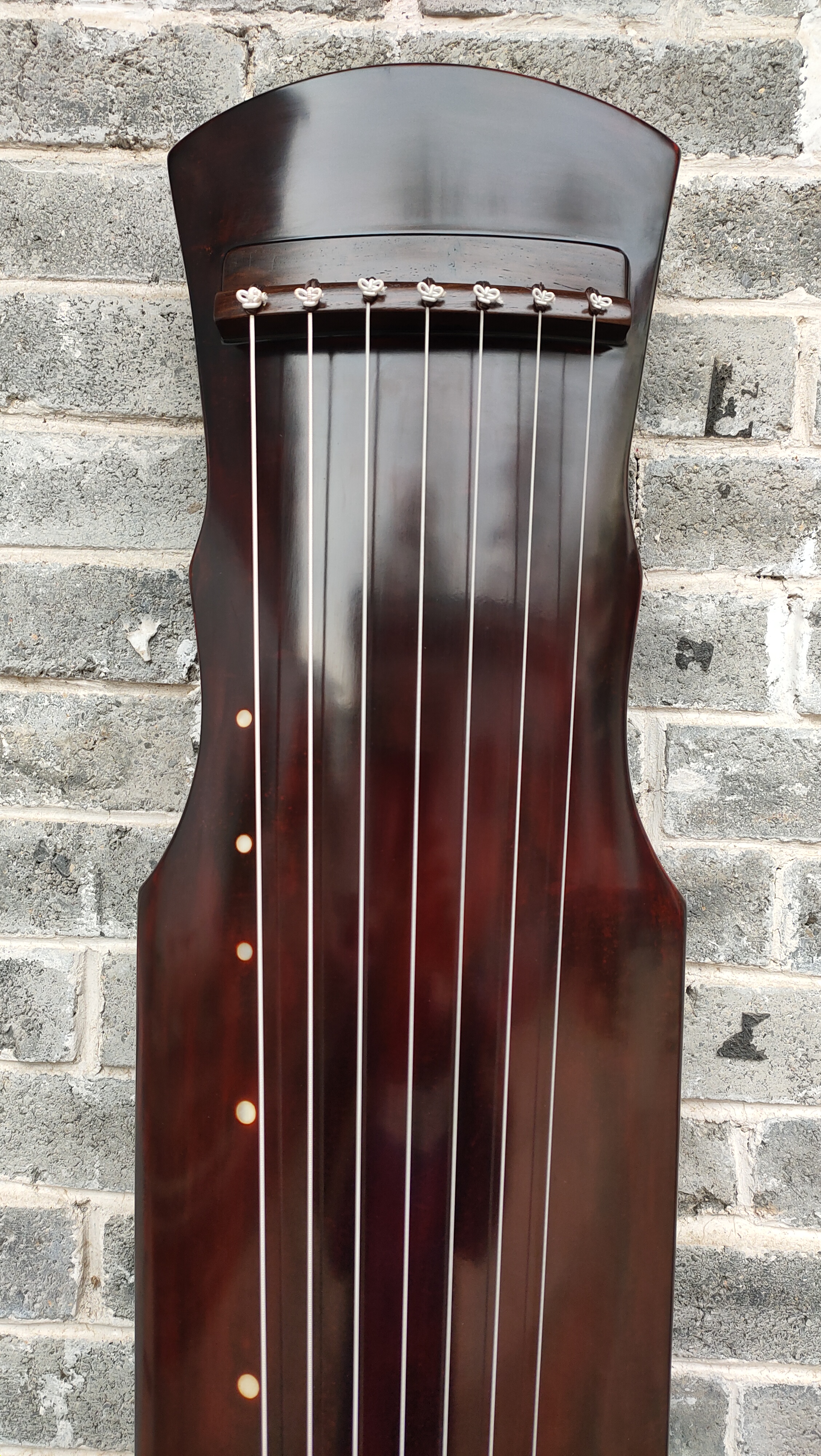 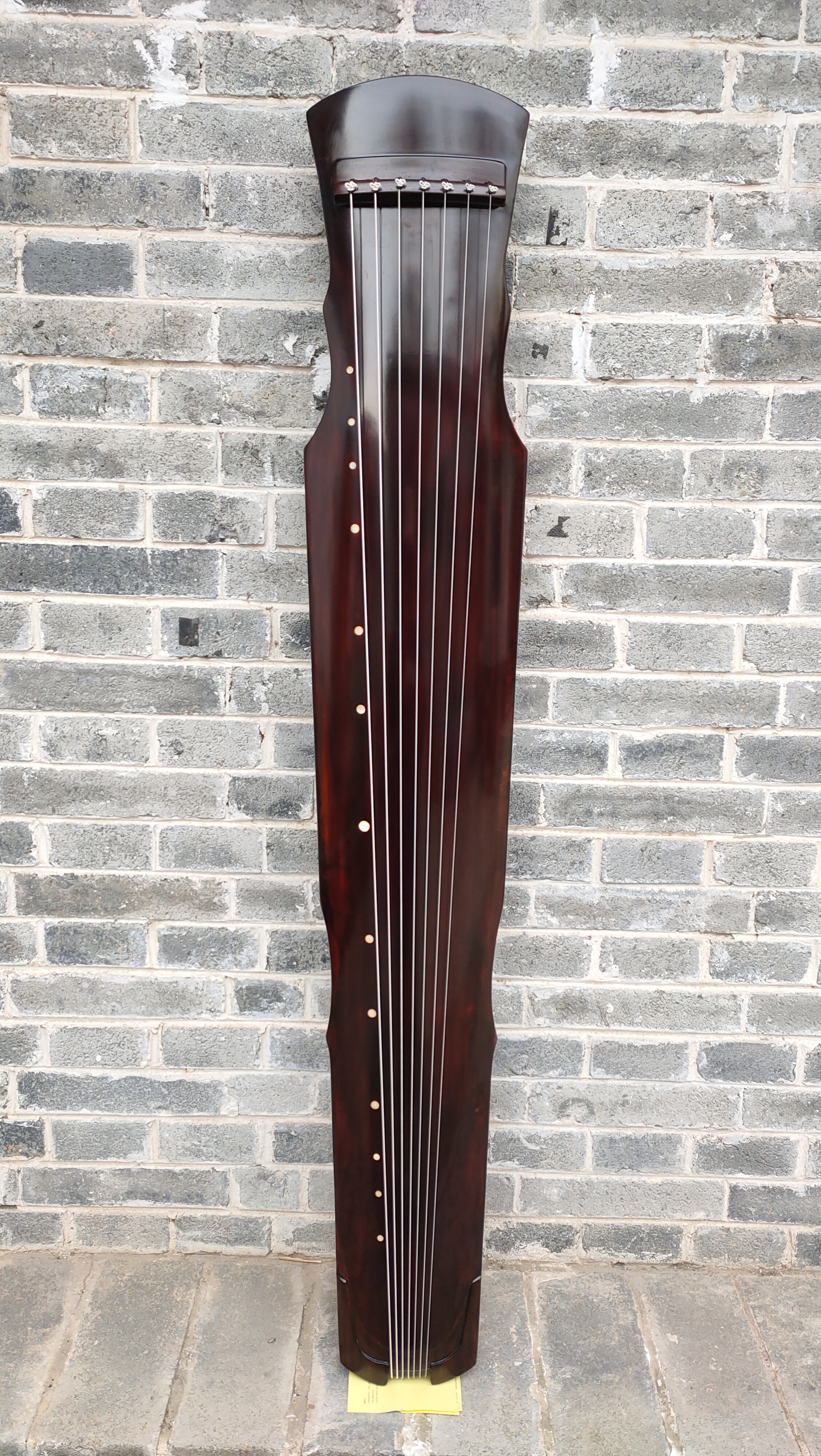 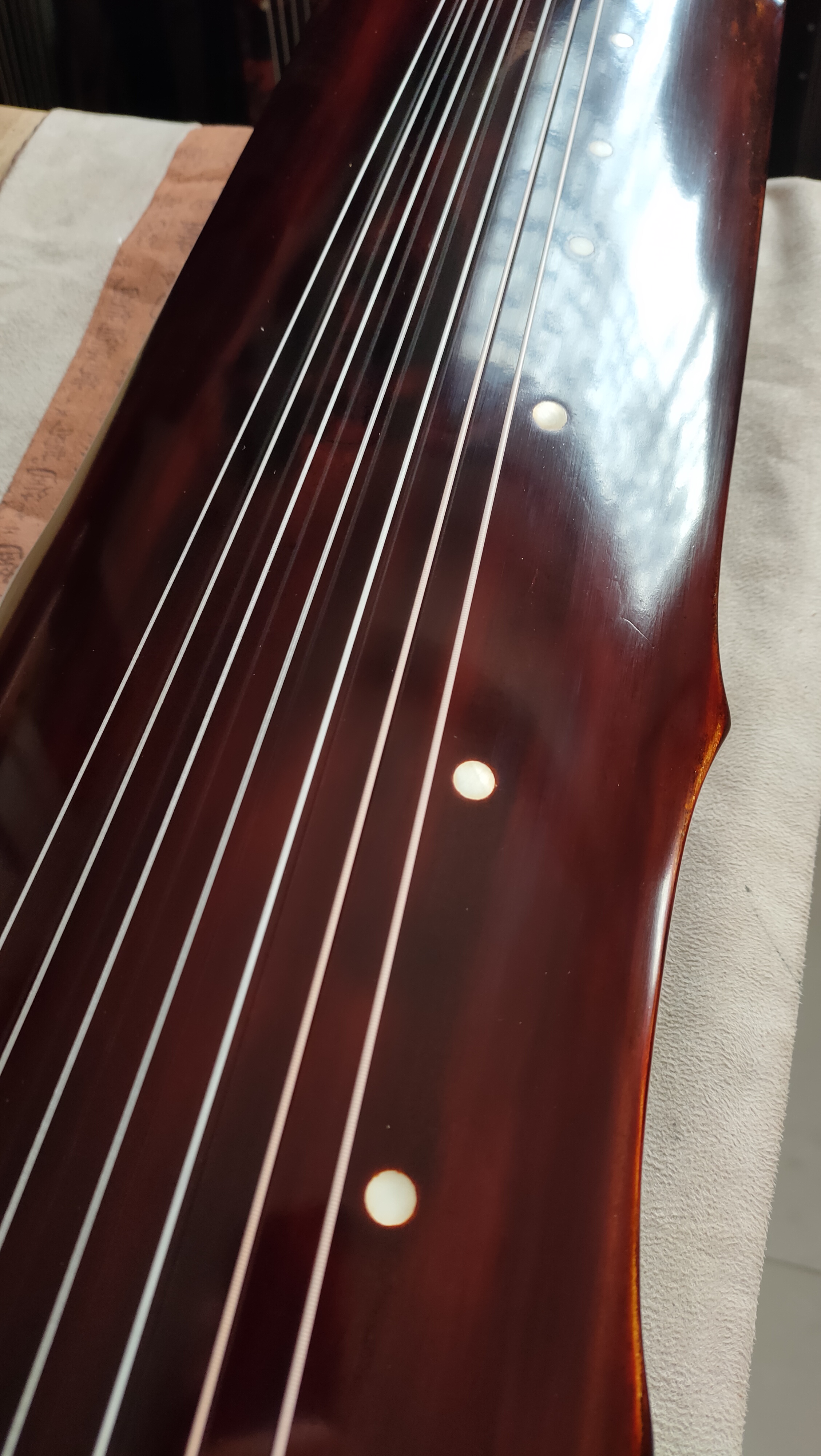 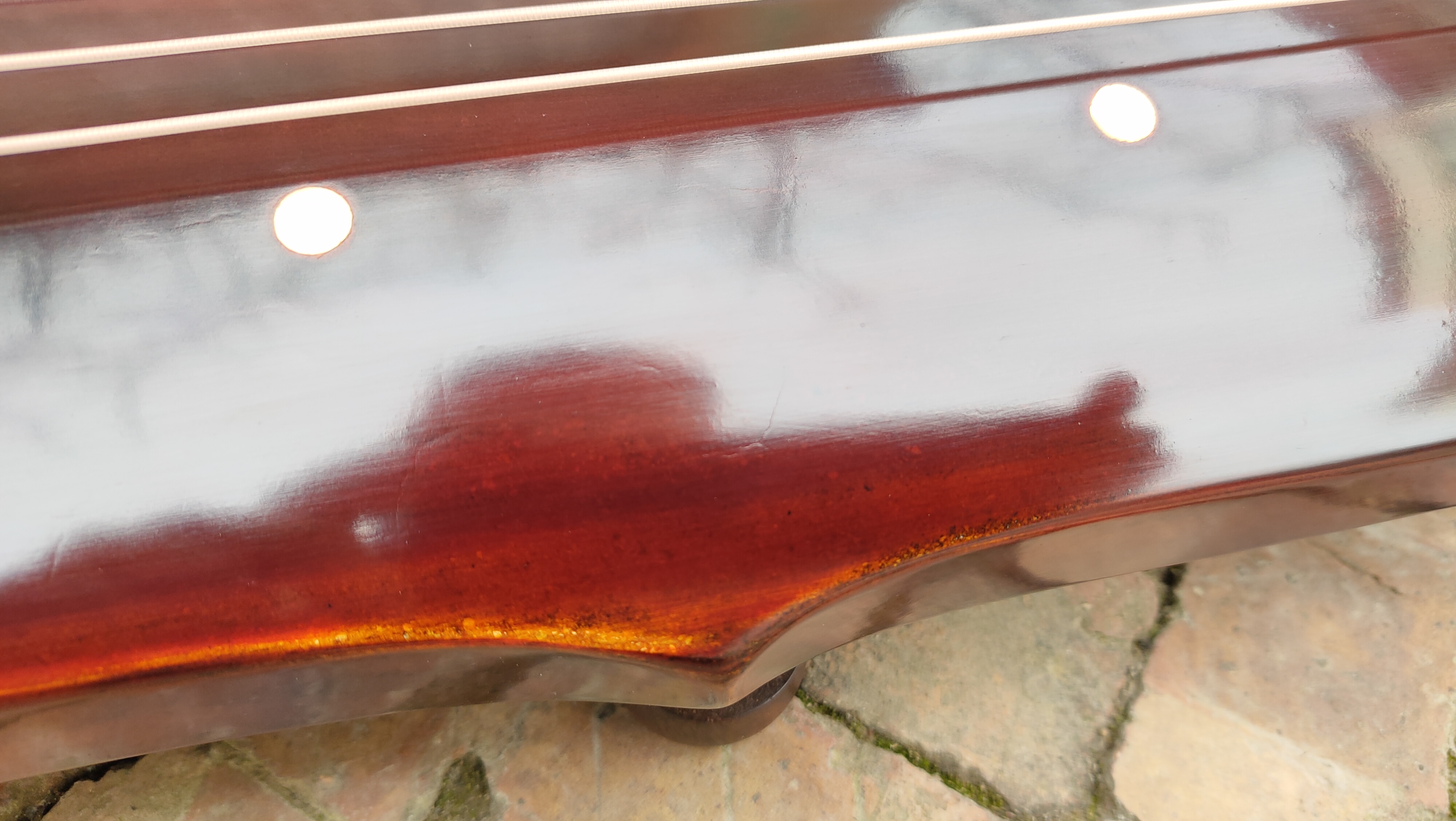 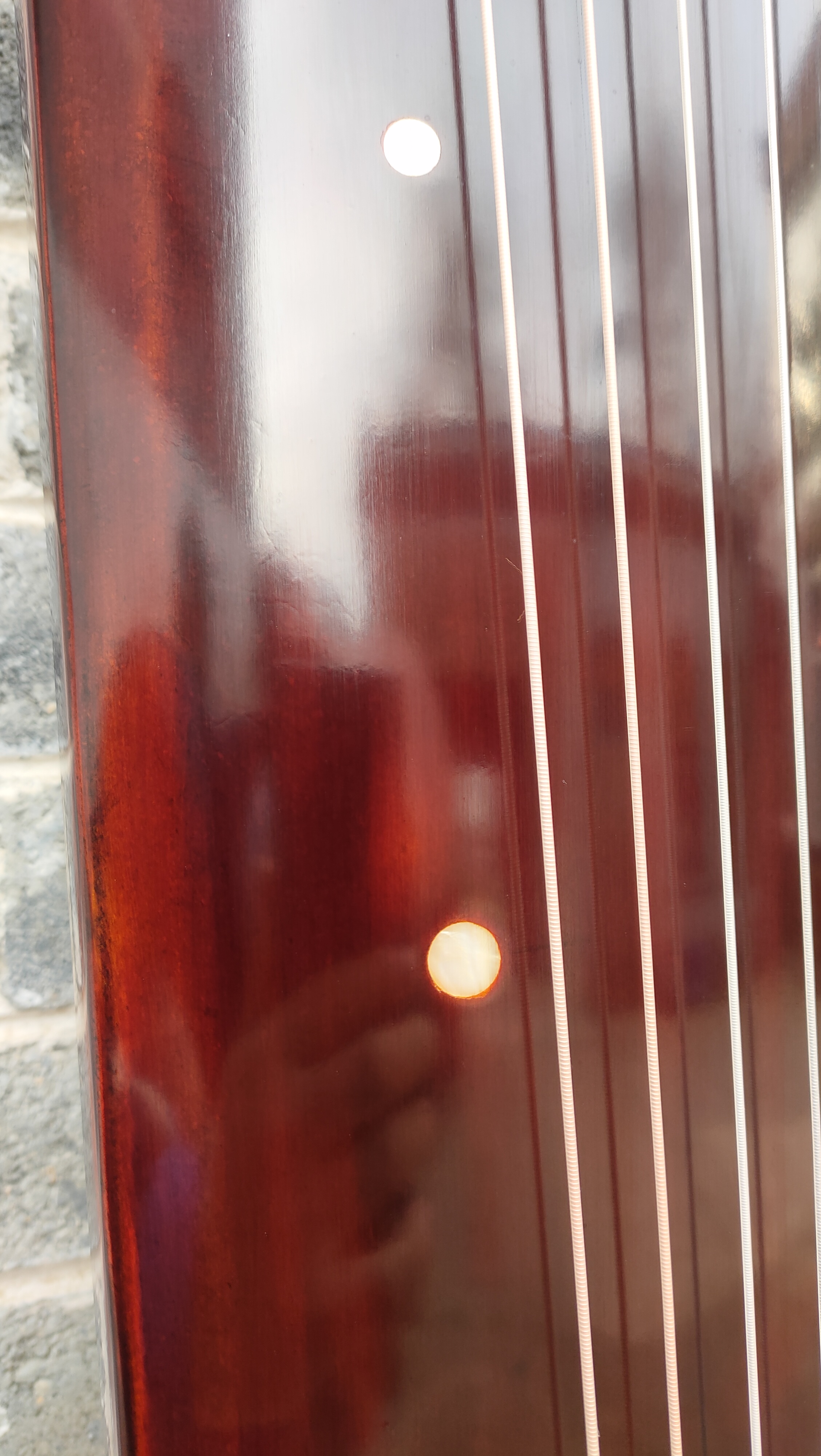 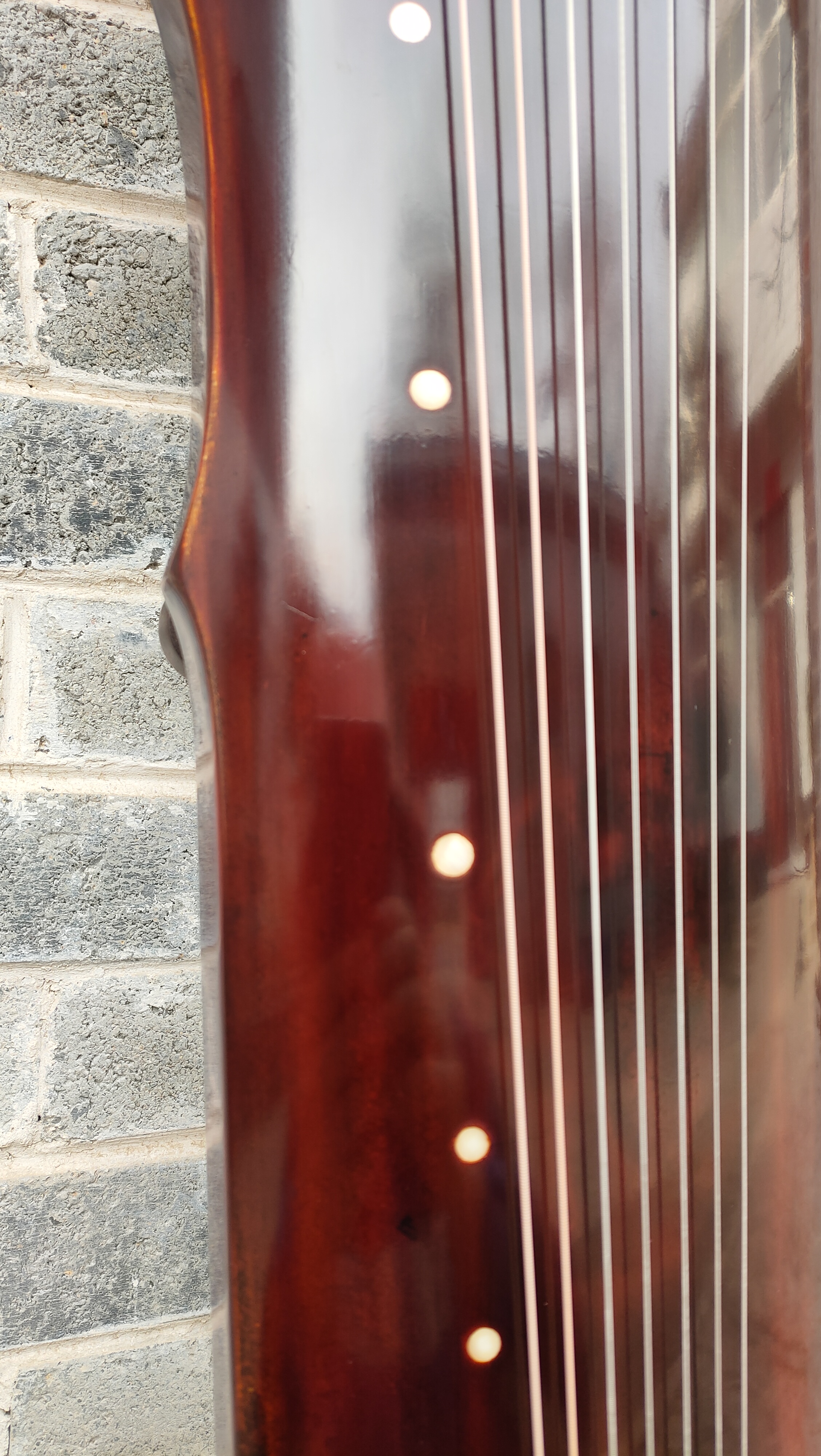 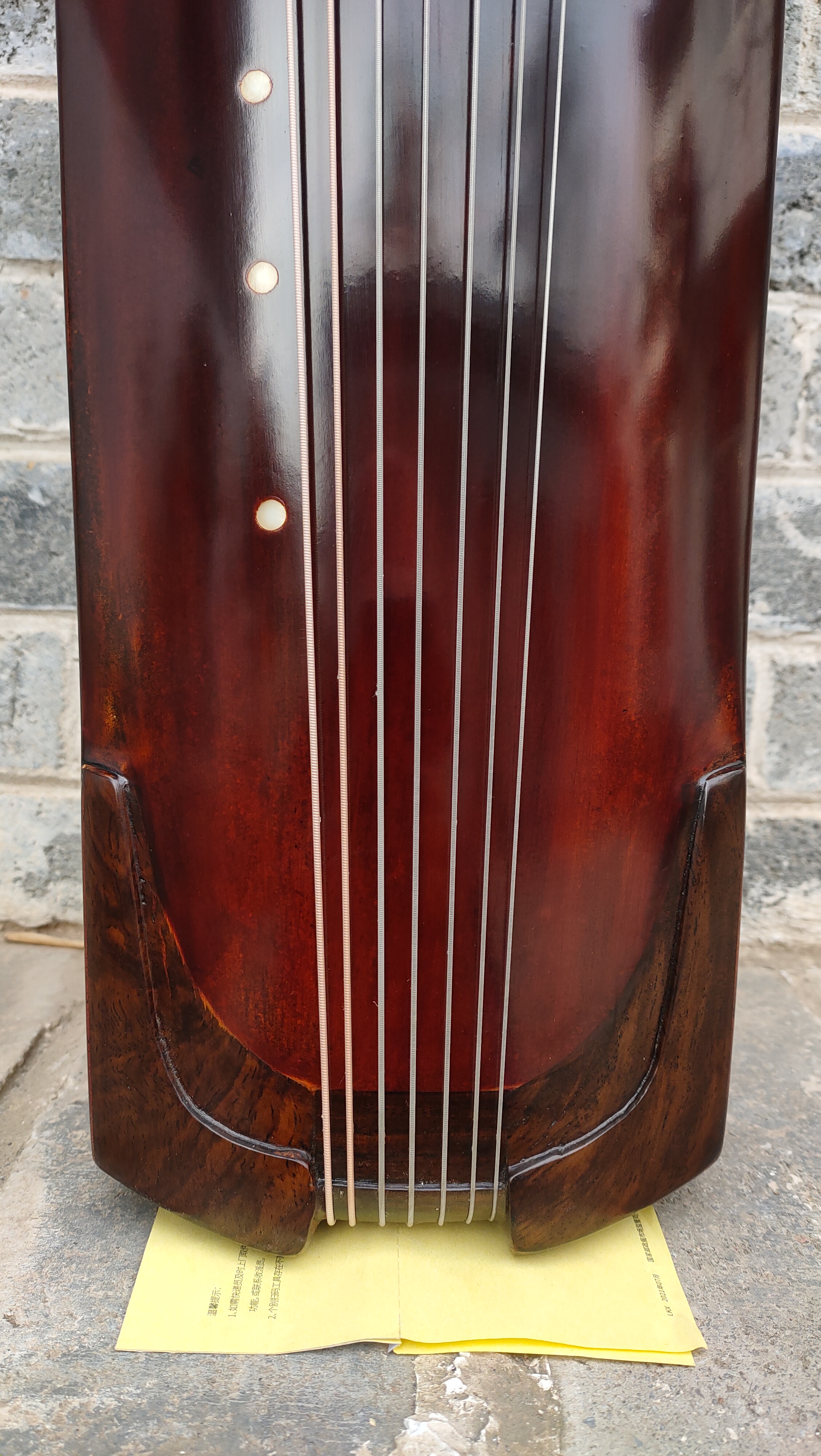 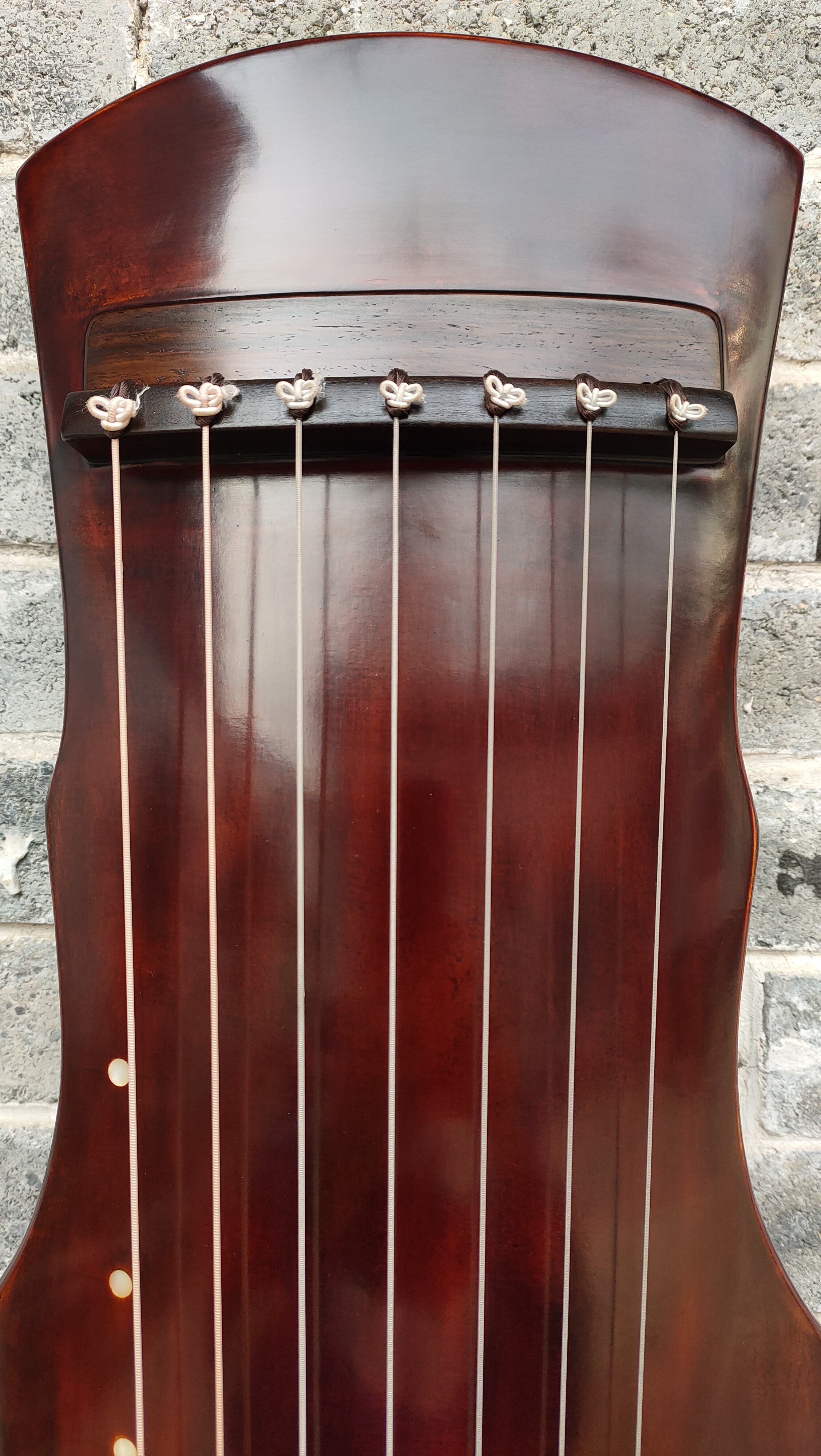 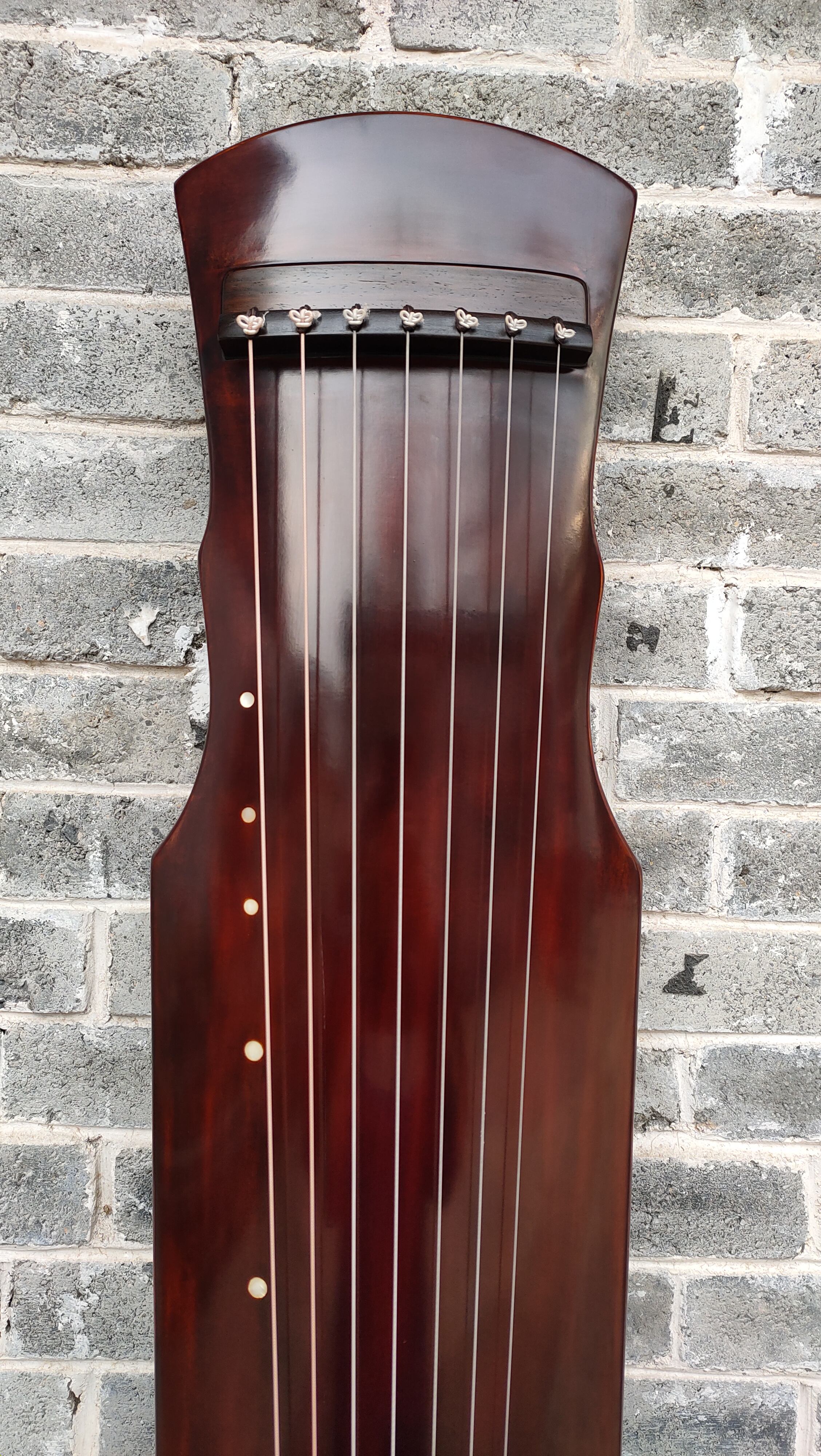 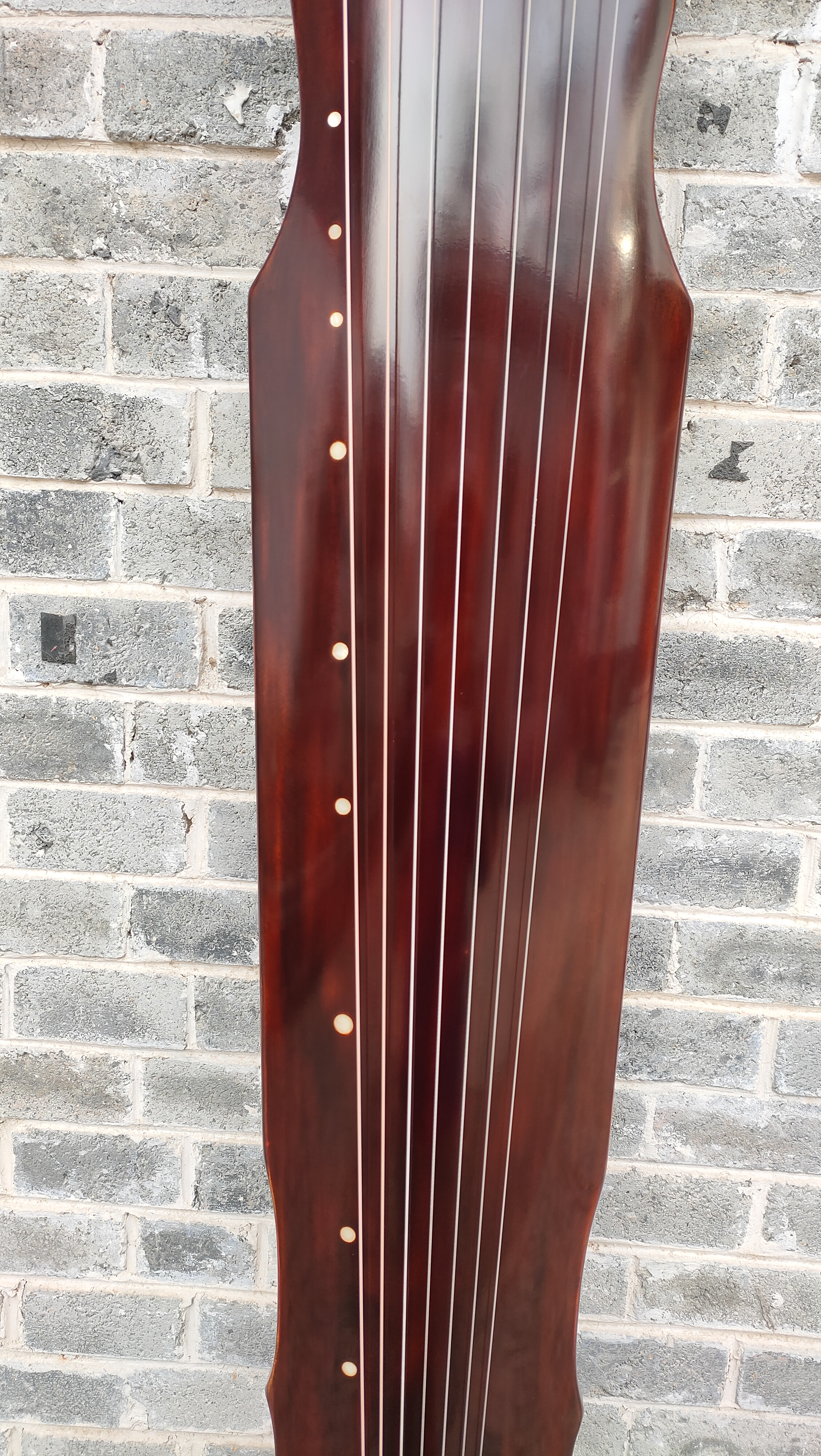 Duanwen is a curious effect which normally happens naturally with guqin of considerable antiquity. As guqin instruments age there is a change in the lacquer and in the wood which results in a crimping and buckling effect made of striations. Normally, a guqin has acquired already in excess of 80 years of age before these can be expected to start appearing. They are the mark of quality and prized by the ancients who thought they improve the tone by releasing some of the lacuqer´s tension on the wood, allowing the wood to sing more freely.

In historical times these duanwen were also created before the ageing process did the work. They had various tricks at their disposal and were able to create similar effects to those created with time only. Likewise, in the modern era guqin builders also sometimes employ some of these methods to create the duanwen prematurely. These are sometimes called ´forced duanwen´. This technique has been used on these two instruments to create duanwen as would appear in the early stages of ageing. This means that the striations on these two instruments don´t number very many and are not very noticeable yet.