For more information, continue reading or use the menu at the bottom-left of the page. 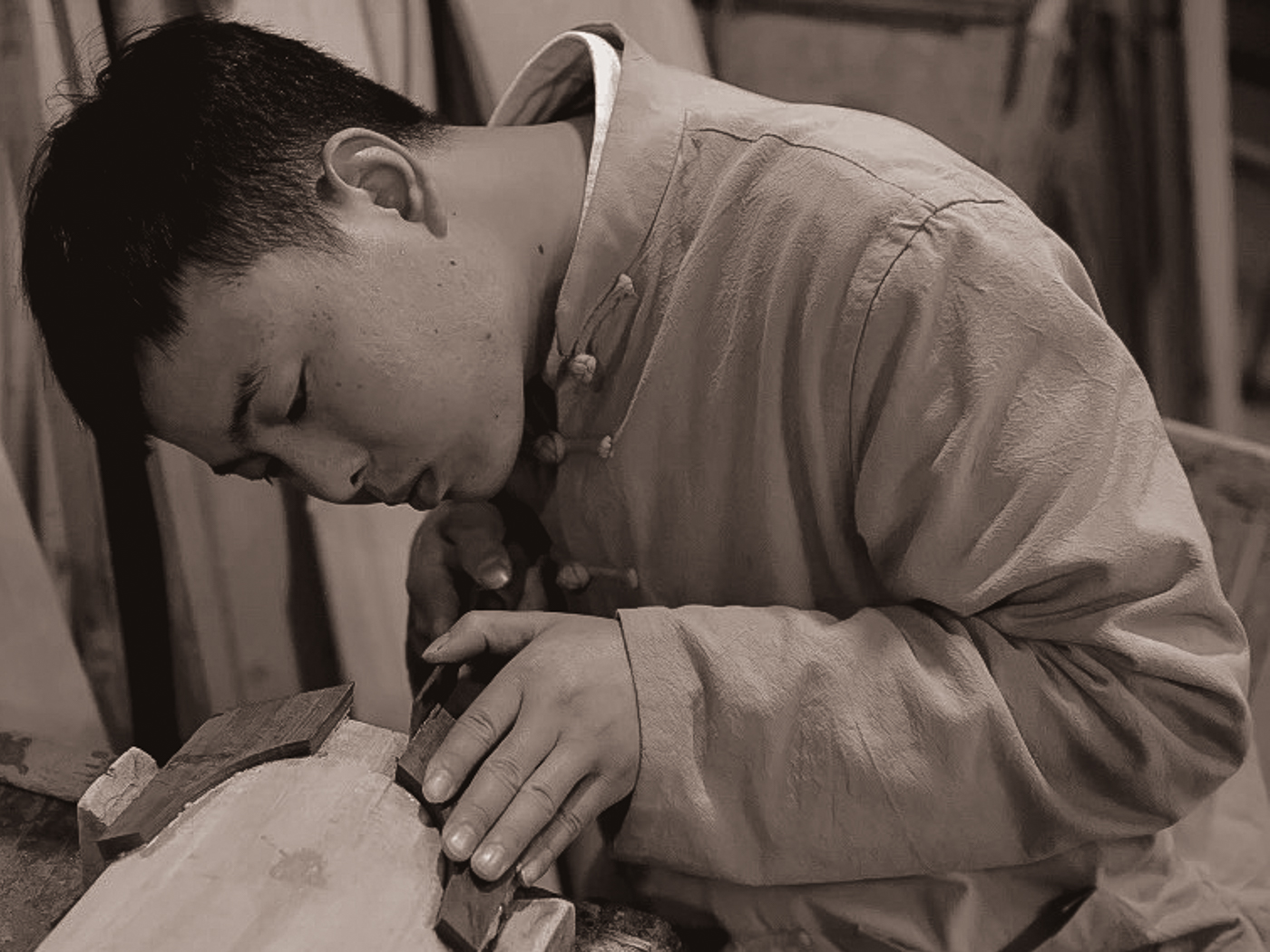 A Guqin Workshop in Central China

Located in Lankao County, Henan Province, China, MoWuQinFang is a family workshop founded by Master Luthier Xu Yachong. He is responsible for overseeing MoWu production while exclusively building his line of collector instruments.

Master Luthier and founder of MoWu, Xu Yachong has mastered the art of guqin building, having learned his trade with other established luthiers during his time as a craftsman. His love, dedication and commitment to the guqin and its surrounding culture is rarely seen in the trade and he is a tour de force in this field.

This passion for Guqin has led MoWu to revolutionise their village. Urged by former party leader Jiao Yulu, locals in Lankao cultivated Pawlonia plantations and because these trees grow quickly they hinder soil erosion. This has led to a renewed ecosystem within MoWu’s region of Lankao. With this, their craft has alleviated poverty and brought national attention and pride to their village.

We are proud to be a full-service liaison for clients who are interested in purchasing Guqin from either the MoWu or Xu Yachong workshop.

We Make The Process Easy

By consulting directly with the builder, each instrument is personally matched to you. Once you choose an instrument, MoWu will play it and send us a video for sound and quality check. The instrument you see in the video is the one we send to you—not something similar.

Contact Yin Xiao directly and begin discussing your next Guqin purchase. Once in conversation, we will provide an estimate on the timeline, costs, and shipping. We can also arrange consulting or lessons for those in Lisbon, or over video for those abroad. Below, you can learn more about each instrument grade.

Availability changes constantly, so contact us for information on the latest stock. 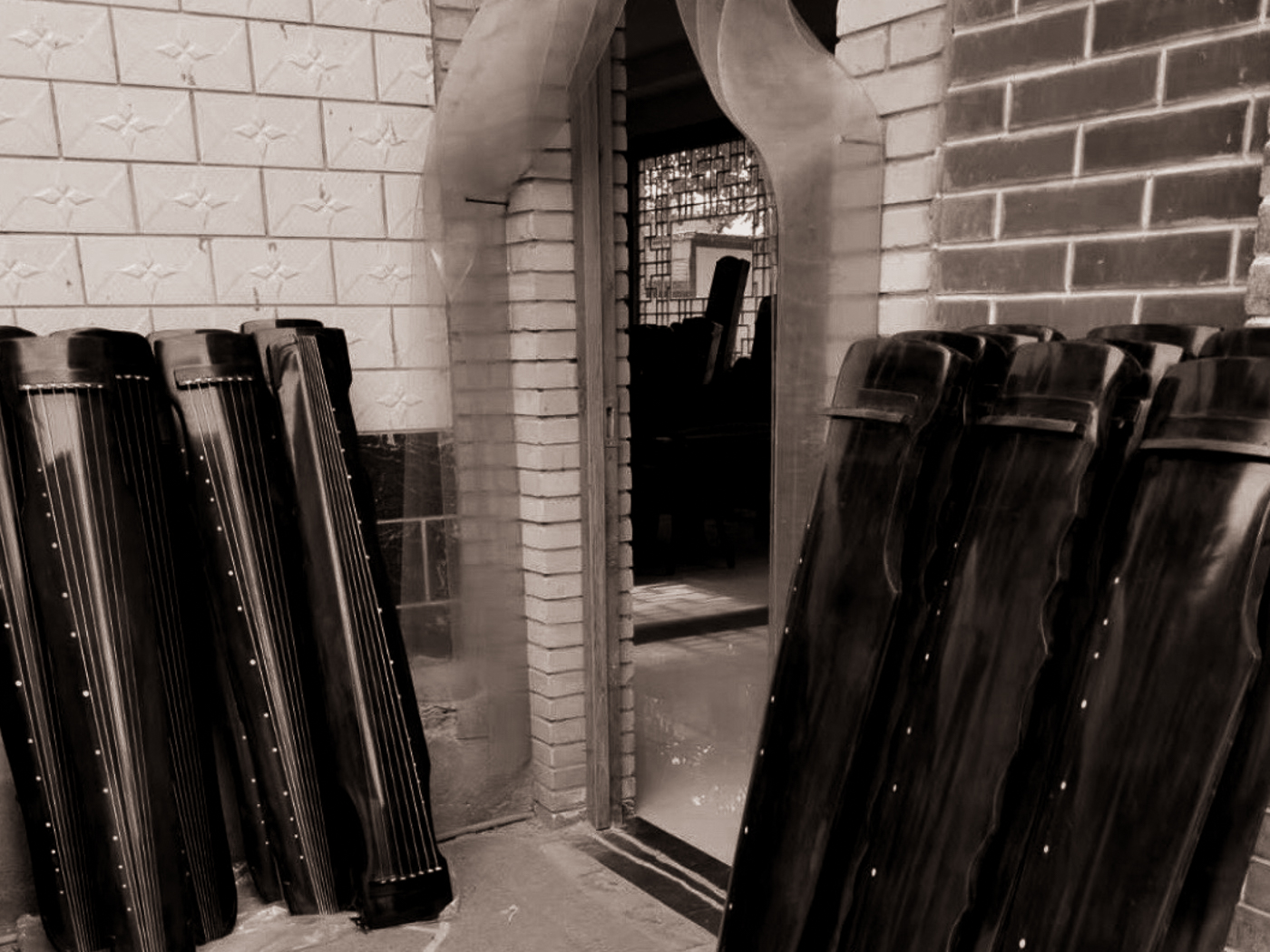 See this article for photos and more.

The collector instruments, made exclusively by Master Luthier Xu Yachong, are intended for professional musicians who have an existing knowledge of Guqin. Instruments in this class are custom made to your specifications and can take upwards of two years to build. Occasionally, we have access to collector grade instruments that are ready to ship.

Made in collaboration between the workshop and the master builder, these are premium instruments suitable for advanced musicians, recording artists, performers, and teachers.

If you are seeking a cost-effective option, the Atelier instruments are a great choice. Made by the workshop craftsmen at MoWu, the master builder oversees each production process.

You have the choice between two wood types both finished with raw lacquer. 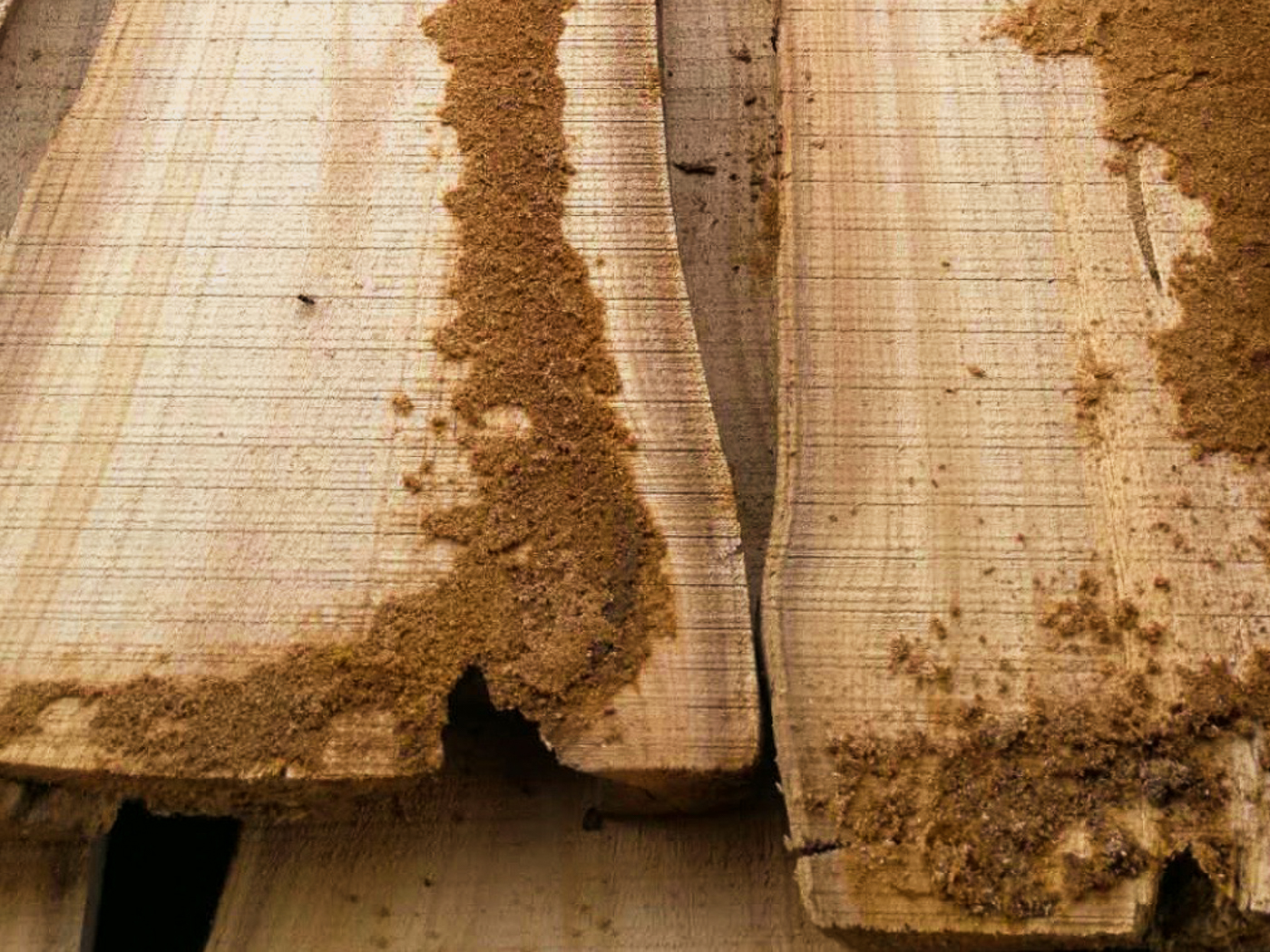 The only tree in which a phoenix can rest, the Paulownia is very light in weight and tonally active. Because of its hollow centre, early builders were able to take advantage of its form to build Guqin. The cells of the wood are very large allowing it to highlight the warmer, excited tones of silk string vibrations. Paulownia wood was the preferred traditional wood for Guqin makers. Paulownia is particularly suited for use with silk strings and the personal preference of Yin Xiao.

Although China Fir instruments are now popular, this timber was used much less frequently in historical times. This wood, slightly more dense than Paulownia, tends to suppress unwanted metallic sounds of steel-nylon strings. In rare cases, MoWu can use salvaged china fir that is over 800 years old. 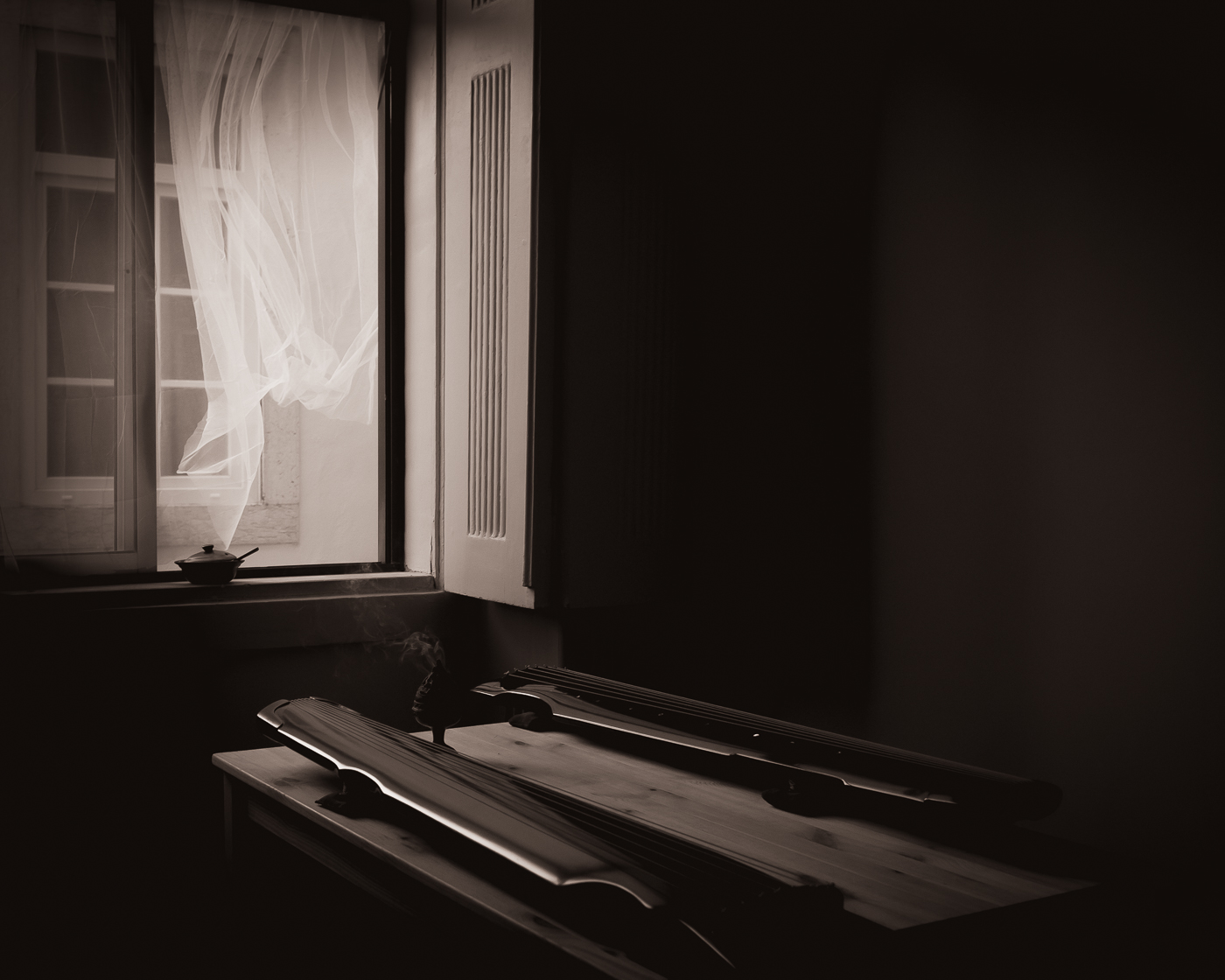 If you’re not familiar with the various effects of string to wood combinations, feel free to ask Yin Xiao. We can supply instruments with silk, steel-nylon, or composite Longren strings. 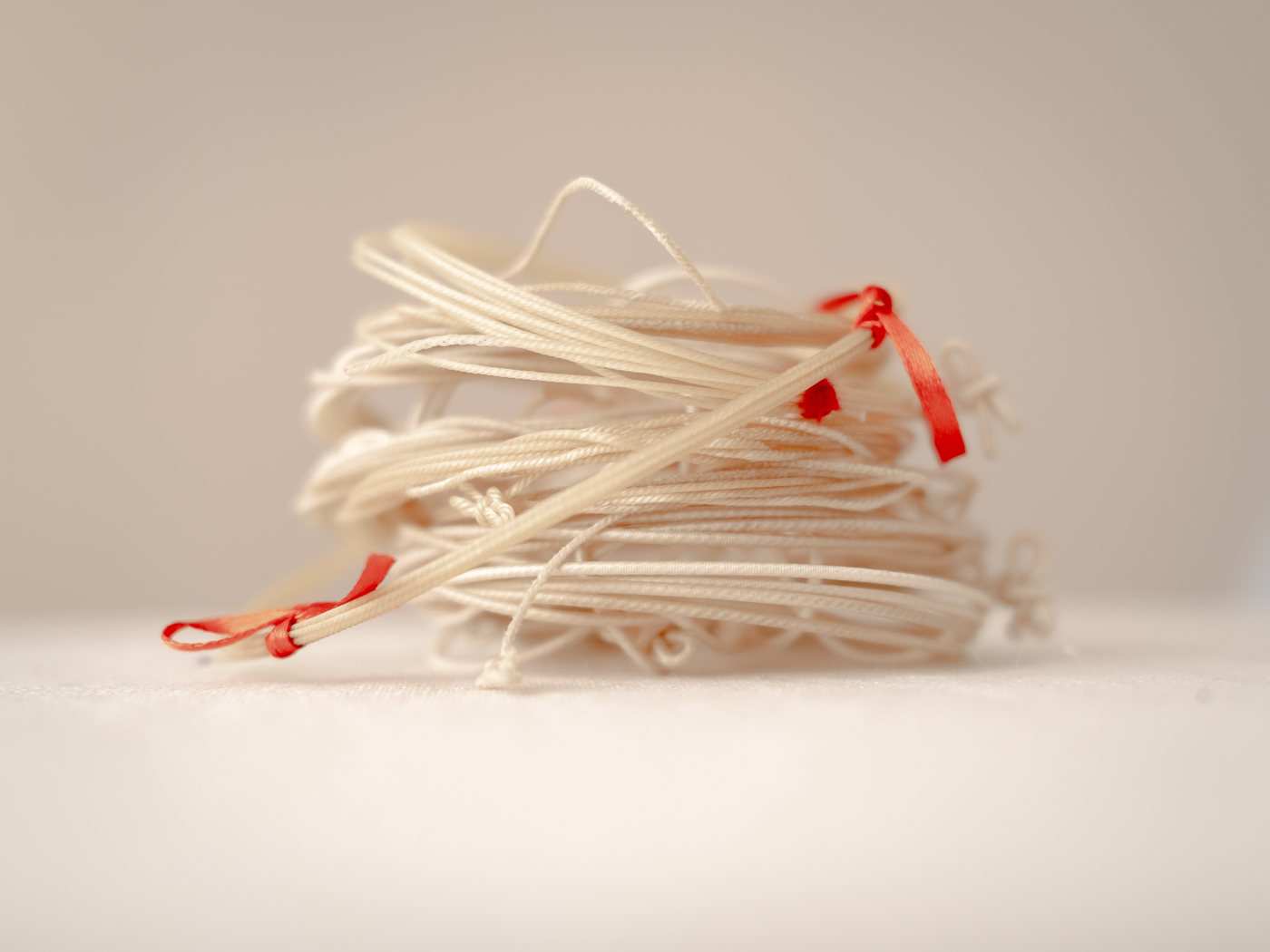 Many ancient Guqin were engraved with a name and poetry in a calligraphic script. These engravings are included with each Guqin but are optional. We will discuss this with you during the consultation. 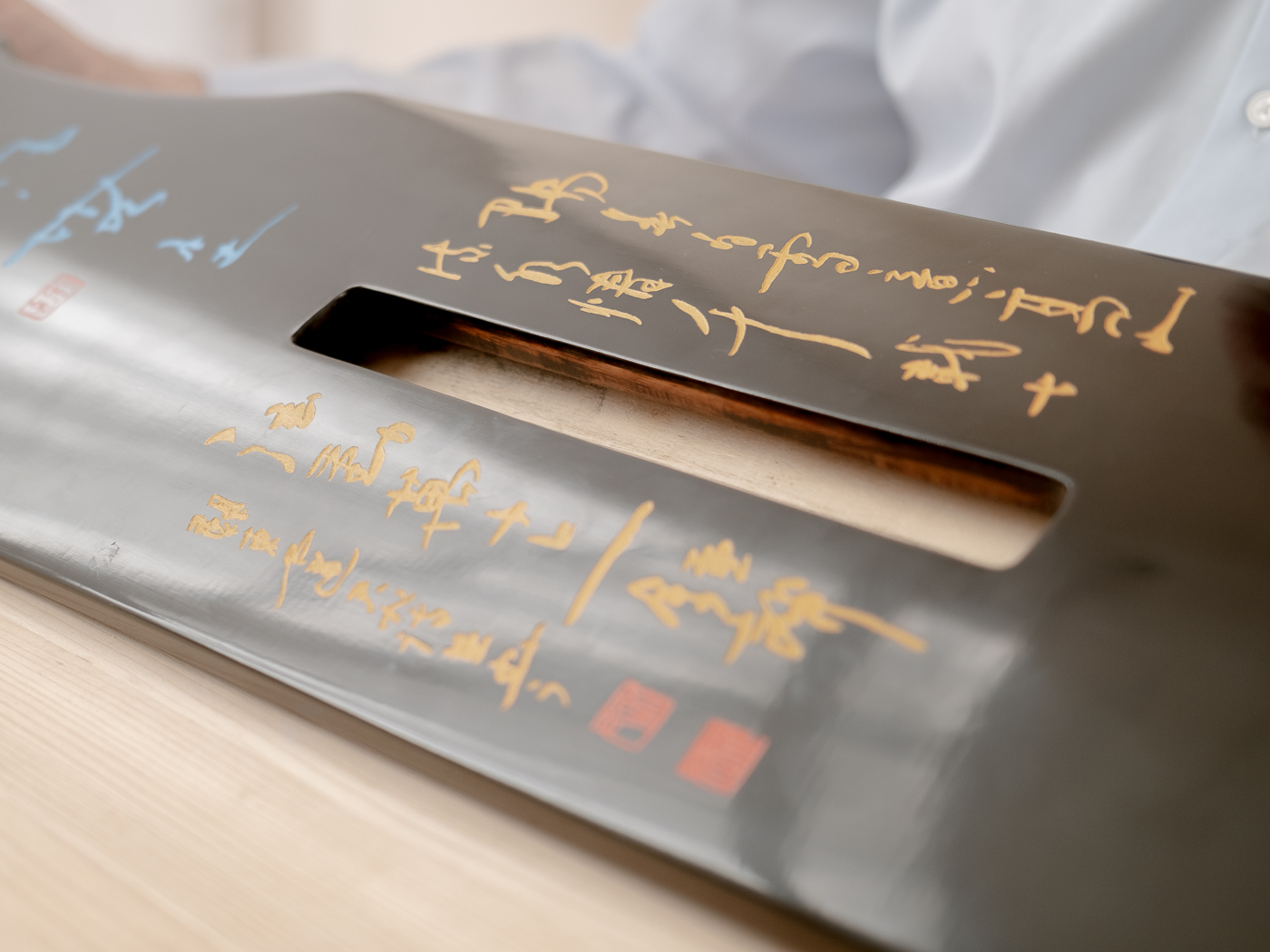 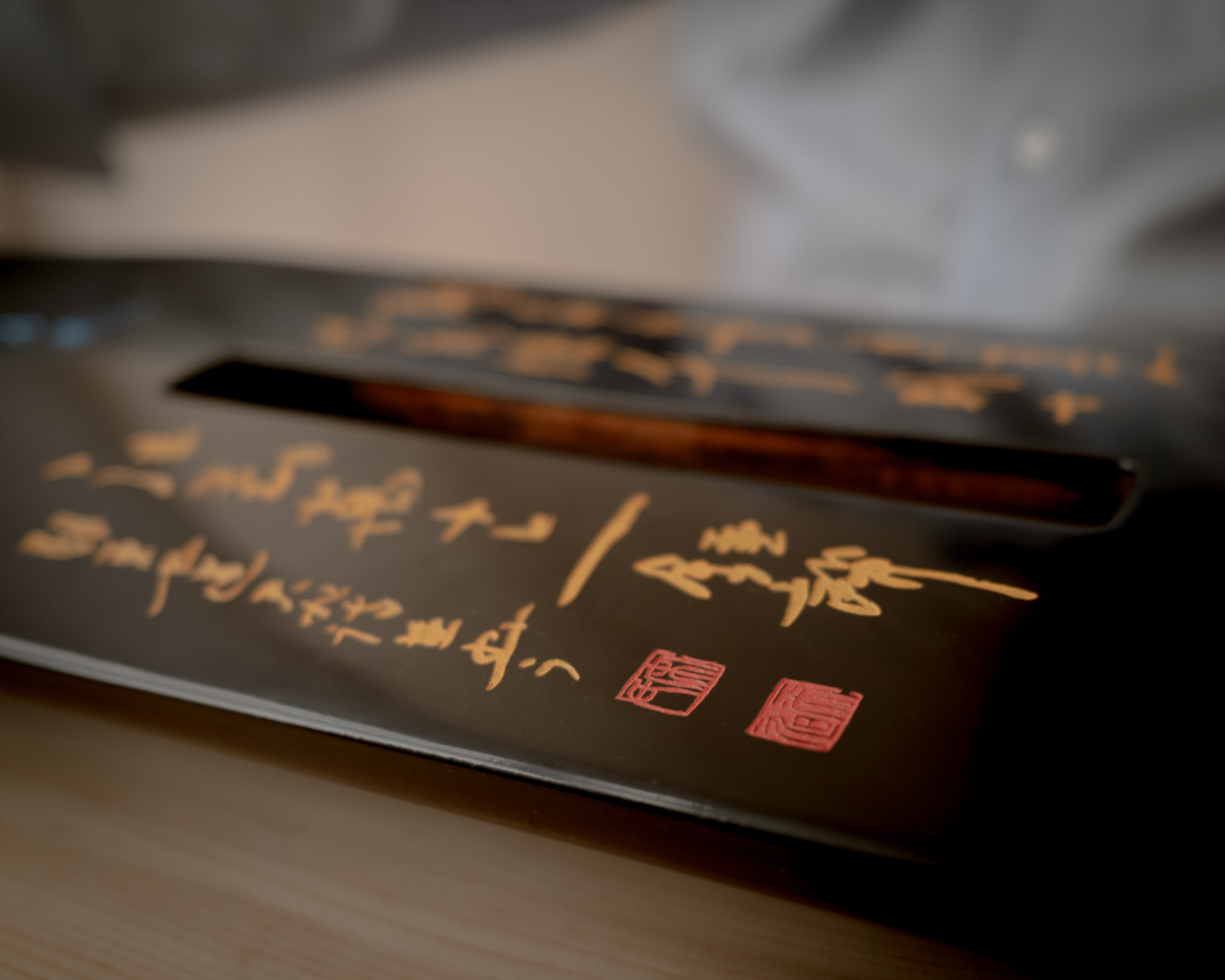 We are at your service for furnishings such as goose feet and tuning pegs in materials such as ebony, red sandalwood, or even jade. 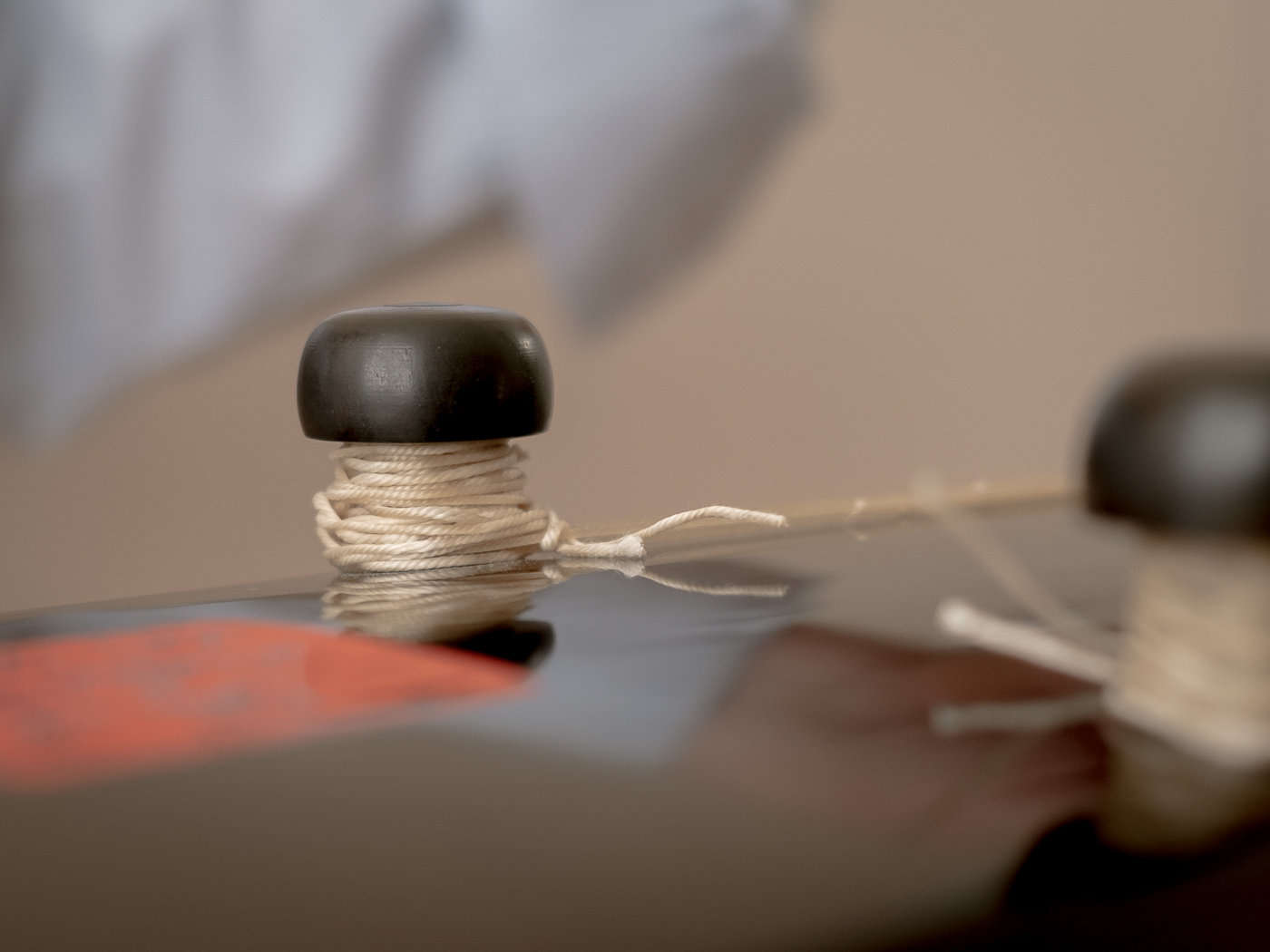 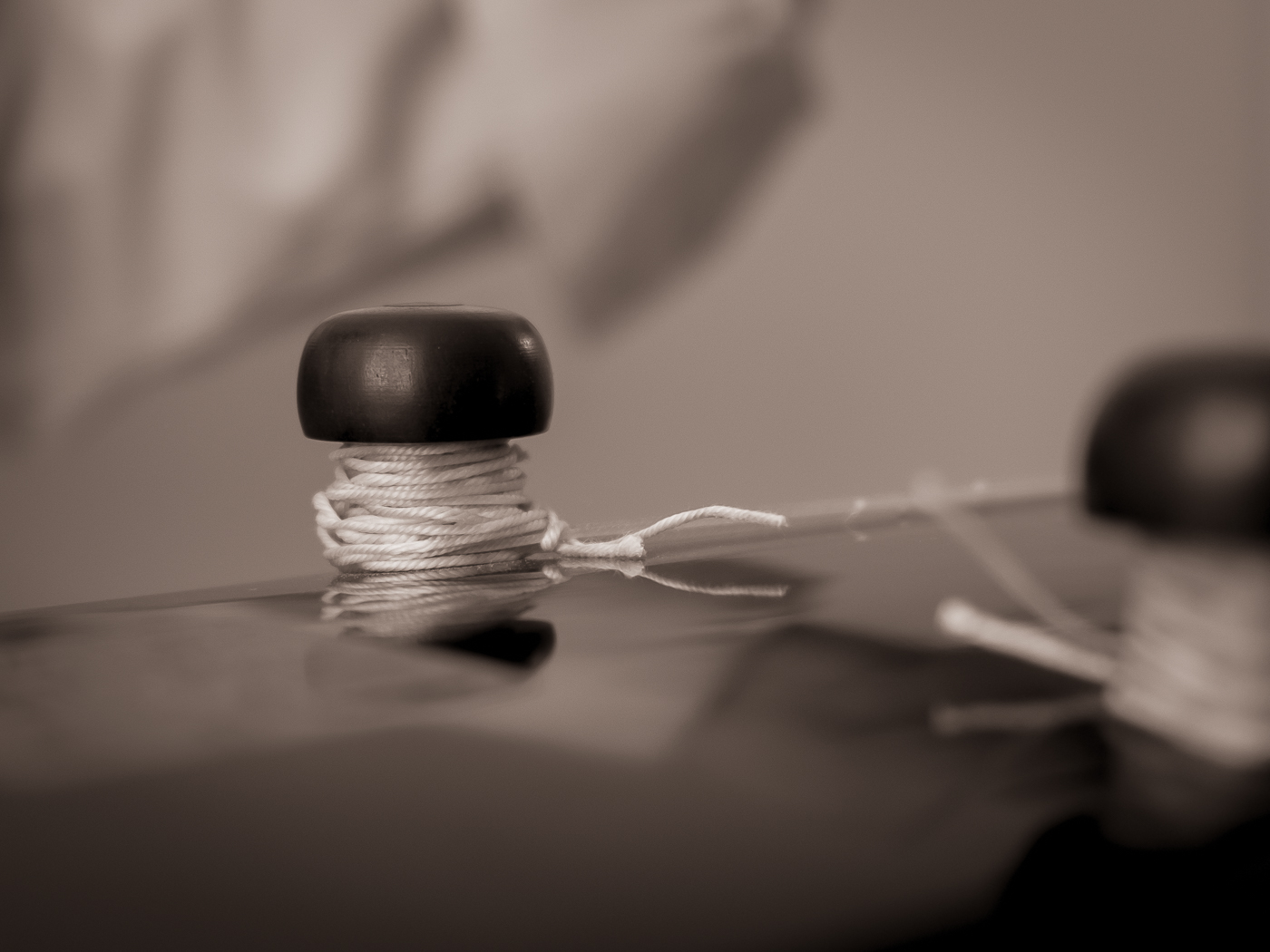 How about sprucing up your colour scheme? Silk tassels add another layer of personality and style to your Guqin. 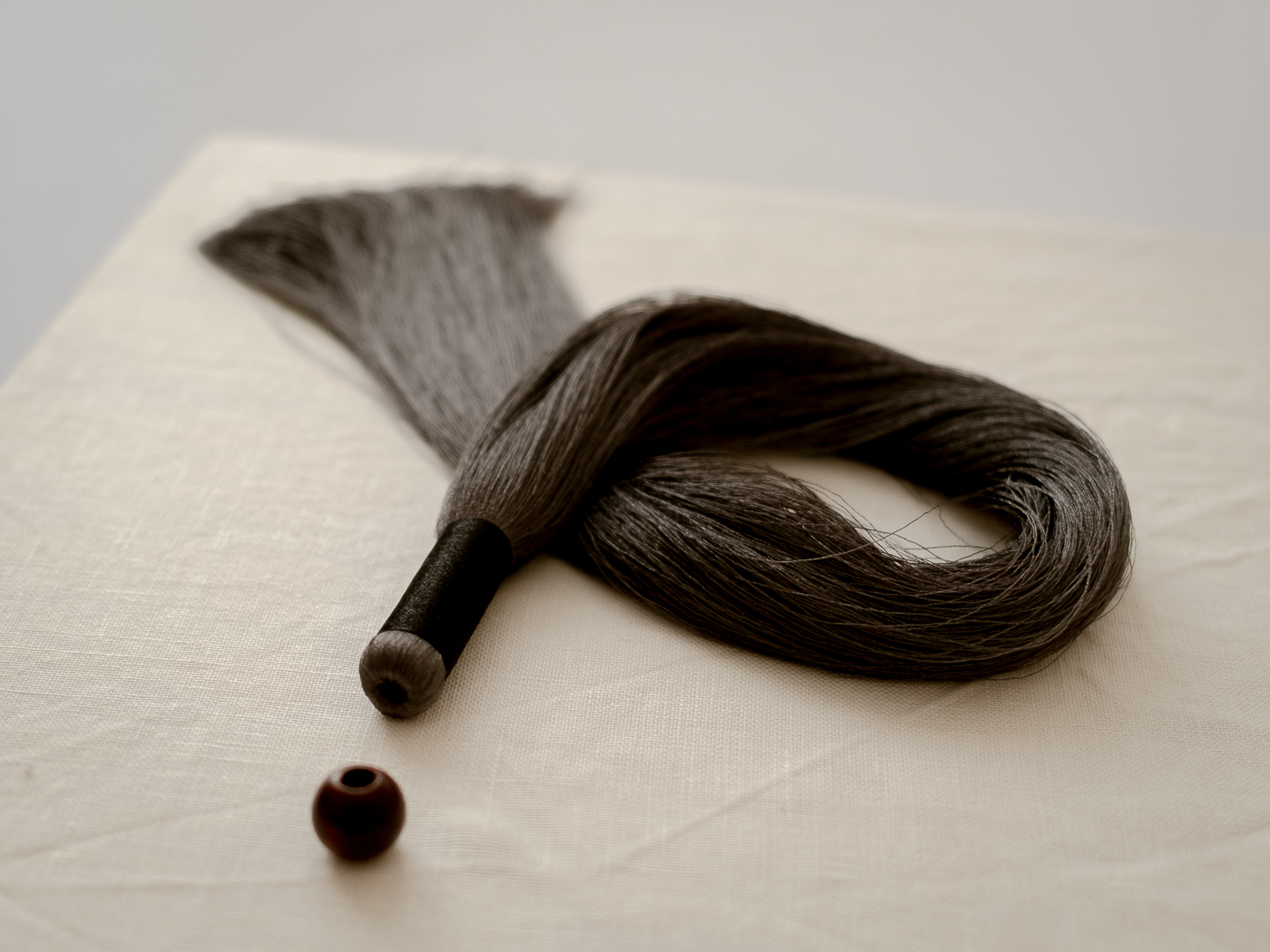 Colours available from black through cinnebar and shades between. Contact us for availability.

If you care for the Guqin, it will last many lifetimes—look no further than the ancient instruments discovered again by archaeologists. See our shop for String Glue, Sandbags, Dust Brushes, and more. 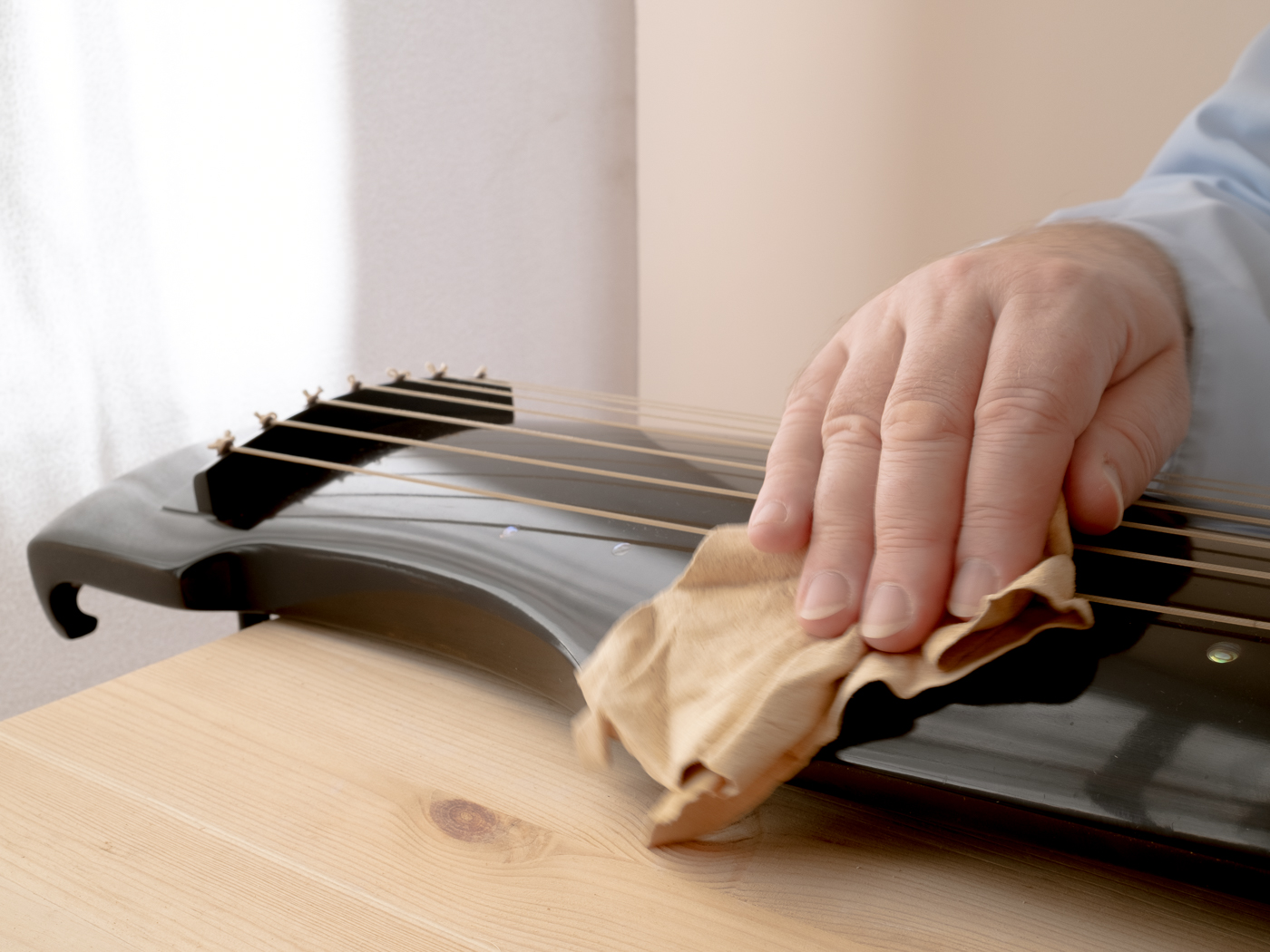